Navratra, the nine-day festival, began on April 6 and ends tomorrow. 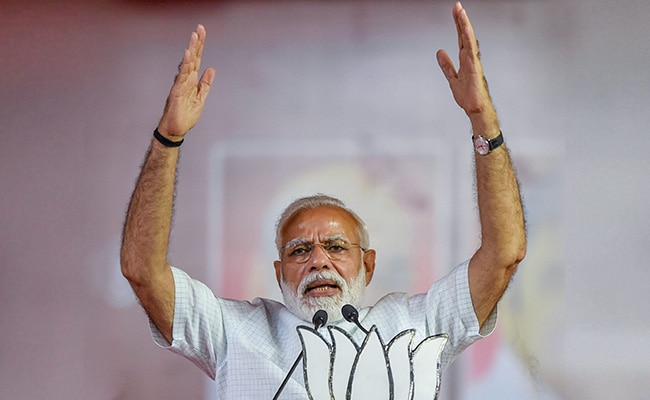 PM Modi is known to keep up a non-stop, hectic schedule at all times.

Imphal to Junagarh, Cooch Behar to Calicut - 13 states, 23 rallies, and 22,000 kilometres of travel. That sums up Prime Minister Narendra Modi's schedule this Navratra. This hectic campaigning for the ongoing national elections, in temperatures that were often close to 40 degrees Celsius, came even as the PM was observing fasts.

PM Modi is known to keep up a non-stop, hectic schedule at all times. That, in fact, is what his tenure of five years has become synonymous with.

However, even by those standards, the past few days have been exceptional. A simple listing of the states visited in the Navratri period alone is quite revealing - Odisha, Chhattisgarh, Bengal, Tripura, Manipur, Maharashtra, Karnataka, Tamil Nadu, Gujarat, Goa, Bihar, Assam and Kerala.

Navratra, the nine-day festival, began on April 6 and ends tomorrow.

Unlike the case for most political leaders, the Prime Minister's official work can never stop completely. There are always matters that demand immediate attention. As a result, mostly, the Prime Minister would return to Delhi after a full day's campaign of three to four rallies. Very often, PM Modi would go straight into crucial meetings, which would go on till the wee hours. After a short nap, it would be back to the campaign trail once again.

Media organizations usually interact extensively with political leaders, during an election. PM Modi, too, took out time for elaborate discussions and interactions with four media groups, within the Navratra period.

The PM is scheduled to address about 150 rallies in 51 days as campaigning for the seven-phase Lok Sabha elections. 91 constituencies across 18 states and two Union Territories voted as part of the first phase of election on Thursday. The next phase of voting will take place next Thursday. Votes will be counted on May 23.