Lok Sabha Election Results 2019: From Amethi To Bhopal, The Ten Most Intense Battles On Counting Day

While Prime Minister Narendra Modi has gained an overwhelming lead in Varanasi, Congress chief Rahul Gandhi is locked in a neck-and-neck battle with Smriti Irani in Amethi. 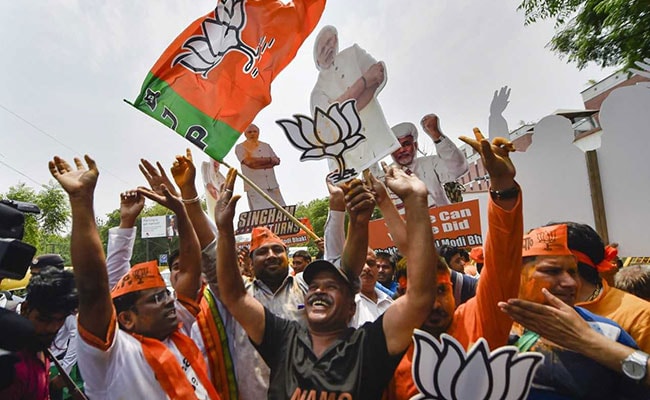 The BJP has swept the country for the second time in the 2019 elections.

New Delhi: The Narendra Modi-led BJP looked set to return to power with an overwhelming mandate as the results of the Lok Sabha elections trickled in on Thursday. Riding on a wave of nationalism spurred by the February 26 Balakot air strikes, the party made deep inroads into West Bengal and put to rest speculations that its influence was on the wane in northern states such as Rajasthan, Madhya Pradesh and Chhattisgarh. An ambitious attempt at opposition unity by the Bahujan Samaj Party and the Samajwadi Party in Uttar Pradesh was all but decimated by the BJP juggernaut, which was seen to be leading in 57 of its 80 seats until reports last came in. The Congress and its allies, however, seem to have achieved a few face-savers in Punjab, Tamil Nadu and Kerala, among others. Here's a look at key battles that are still unfolding in constituencies across the country.

Here are the top 10 developments on counting day.