In the tweet, the 28-year-old lawyer and BJP youth wing leader, appears to be dissing the proposed law to reserve a third of seats in parliament for women. 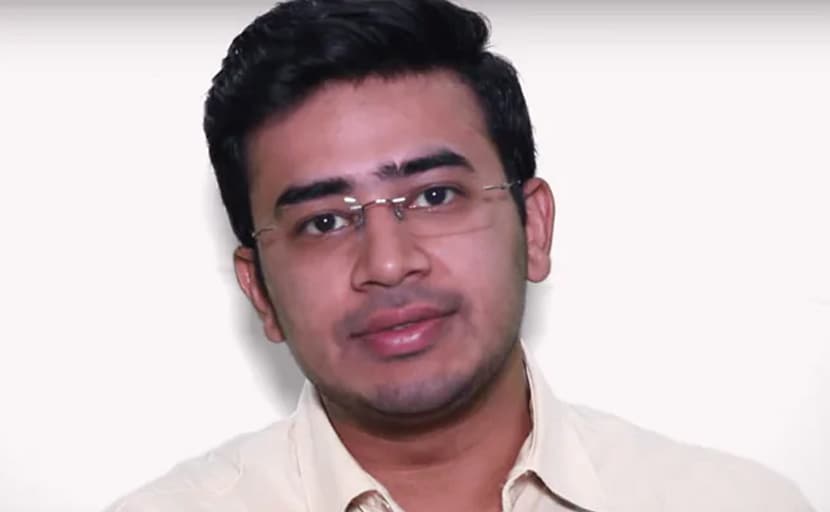 Tejasvi Surya, the BJP's candidate for Bangalore South in Karnataka, is at the centre of attention since he was named for the high-profile constituency. With his antecedents now in the public glare, there is embarrassment in his camp over a five-year-old tweet that has now vanished from his timeline.

In the tweet, the 28-year-old lawyer and BJP youth wing leader, appears to be dissing the proposed law to reserve a third of seats in parliament for women. The women's quota bill has been stalled for years, blocked by male lawmakers across party lines.

Tejasvi Surya says in his tweet that he "dreads" the bill. "With the exception of Women's Reservation in Parliament, Modi govt agenda is inspiring. Dread the day when women's reservation becomes reality," he tweeted in June 2014, just days after the Prime Minister Narendra Modi-led BJP came to power with an outsized mandate. That tweet started circulating on Tuesday as media organisations dug out data on Tejasvi Surya. Does he still feel the same way, questioned some.

The young Karnataka High Court lawyer was a surprise to many, with the top state BJP leader, BS Yeddyurappa, announcing that Tejaswini Ananth Kumar, the wife of Union Minister Ananth Kumar, would contest from the seat.

Ananth Kumar was a five-time MP from the Bangalore South seat and represented it till he died last year.

BJP leaders say Tejasvi Surya was picked because of his speech skills; a rising star in the party, Tejasvi has made an impression with his fiery speeches, which his critics see as polarising. He is also the nephew of a BJP legislator and has a strong connection to the party's ideological mentor Rashtriya Swayamsevak Sangh (RSS).

The first tweet he put out after being named by his party last night was more popular: "OMG OMG!!! I can't believe this. PM of world's largest democracy & President of largest political party have reposed faith in a 28 yr old guy to represent them in a constituency as prestigious as B'lore South. This can happen only in my BJP. Only in #NewIndia of @narendramodi (sic)," he said.