Prime Minister Narendra Modi said that Tughlaq Road in Delhi is the address of top Congress leaders, and it is there that the money transported in gunny bags was seized. 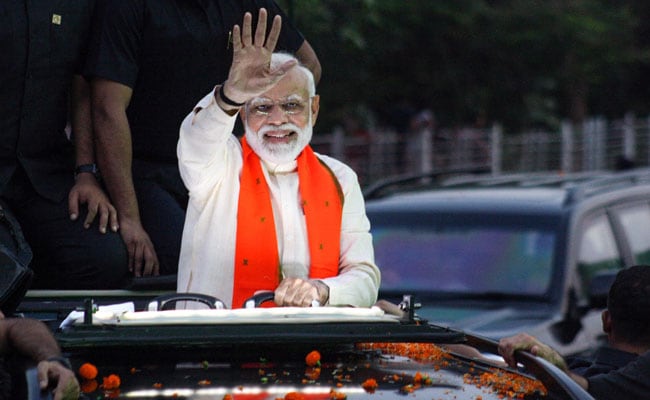 Addressing an election rally in Sidhi parliamentary constituency, PM Modi said: "The Congress government launches welfare schemes for the poor and farmers and then misappropriates funds for those programmes. Right from Delhi to Bhopal, corruption is the norm the Congress party follows. But your 'chowkidar' is alert and he would spare none, be it top leaders or their confidants."

"The government of 'chowkidar' at the centre sends funds to the state government to provide nutrition to the poor tribal children and pregnant women, so that they give birth to healthy babies. But despite the presence of an alert 'chowkidar', these audacious lot of politicians created 'Tughlaq Road scam'."

The Prime Minister said that Tughlaq Road in Delhi is the address of top Congress leaders, and it is there that the money transported in gunny bags was seized.

"The money for women and children was stolen and transported to Delhi, which the top Congress leader used in electioneering," PM Modi alleged.

He also questioned the poll promise of bringing loan waiver scheme for farmers in Madhya Pradesh. "They (Congress) made false promise of waiving farm loans...the loans haven't been waived off, but they are lying and telling the whole nation that they waived loans... They are habitual liars."

Accusing the state government of going back on its poll promise, PM Modi said: "Today, the Madhya Pradesh government is presenting a trailer of Congress culture. One feels shaken to see the sin committed by them in the last six months in Madhya Pradesh, Chhattisgarh and Rajasthan. These very people have destroyed the country over the last 70 years."

The first round of polls in the state will take place during the fourth phase of general elections on April 29, when polling will take place in six parliamentary constituencies.