Lockdown 4.0: Mumbai's race against time spotlights the challenges for the densely populated Asian nation, which has failed to flatten its virus curve despite the harsh shelter-at-home restrictions. 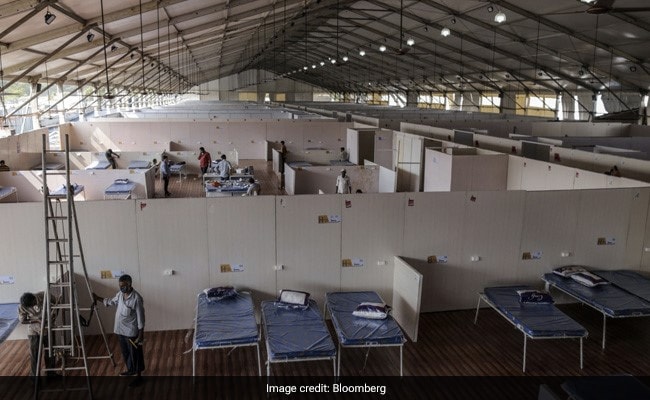 Lockdown 4.0: The finishing touches are applied to a ward at a dedicated COVID-19 Health Centre in Mumbai

Mumbai, India's financial hub and the epicenter of the nation's coronavirus outbreak, is converting several of its iconic structures into quarantine facilities as it races to prepare for a predicted peaking of infections this month.

From a new hospital being built just a short stroll away from the U.S. Consulate building and the India offices of Citigroup Inc. to quarantine centers being set up in a nature park and planetarium, the metropolis is readying 100,000 beds, or about five times the current number of positive diagnoses.

The goal is to be able to treat and isolate at least 75,000 cases, a projection based on last month's data when the cases were doubling almost every week, said Ashwini Bhide, additional commissioner at Mumbai's municipal corporation. The pace has since slowed amid the world's strictest lockdown and, "while we are unlikely to touch those projections by the end of May, we continue to plan for the worst case scenario," she added.

Mumbai's race against time spotlights the challenges for the densely populated Asian nation, which has failed to flatten its virus curve despite the harsh shelter-at-home restrictions. Home to globe-trotting executives and poor migrant laborers living in tiny slum shanties, Mumbai, like New York city, is fertile ground for the highly infectious pathogen.

A Twitter video earlier this month showed a hospital ward allegedly in Mumbai's Lokmanya Tilak Hospital where corpses of virus victims tied in black plastic sheets were left on beds next to infected patients. The newly added facilities aim to remedy that.

Here's a rundown on some of Mumbai's preparations:

This patch of land in the heart of the city has in developed into a financial hotspot, comparable with London's Canary Wharf. It houses the headquarters of several global investment banks as well as the country's capital markets regulator, posh restaurants and five-star hotels.

Over the past weekend, it started operating a 1,000 bed non-critical Covid hospital, that can be scaled up to 5,000 beds. Soon it will have another 1,000 bed intensive care unit stocked with ventilators and other critical equipment.

Its dome is now a 600-bed quarantine plus observation facility with 30 Intensive Care Unit portable beds. 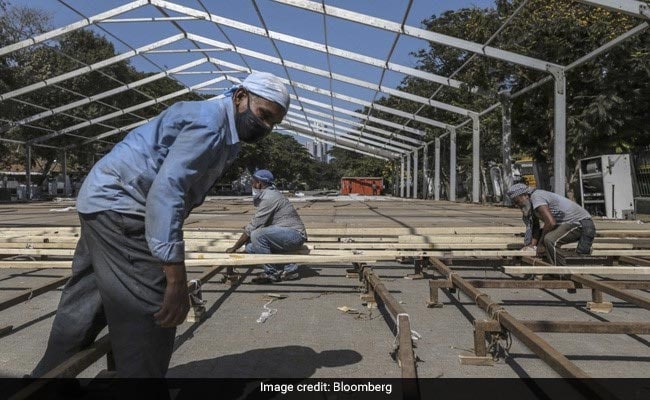 There are plans to add another 500 beds, according to Sharad Ughade, also an assistant commissioner in Mumbai's municipal corporation. "These facilities will create vacancies in hospitals that can deal with more severe cases," Ughade said.

A 37-acre green pocket tucked away in the middle of bustling Mumbai, this garbage-dump-turned-nature-park hosts over 120 species of birds and 75 species of butterflies. It will now have 1,200 beds and serve as a quarantine facility for high-risk contacts of virus patients near Dharavi, Asia's most densely populated slum. It will also have 20 beds isolated for patients who show severe symptoms.

A venue for conventions exhibitions and trade fairs in one of Mumbai's suburbs, NESCO Grounds will sleep 1,200 asymptomatic patients from Mumbai's slums.

A popular candidate for primary and middle school field trips, Nehru Science Centre in the pre-Covid world would showcase more than 500 interactive science exhibits on energy, sound, kinematics, mechanics and transport. Last year, it was the site of a vintage car and bike show. It's now been converted into an isolation facility of 100 beds for slum dwellers. 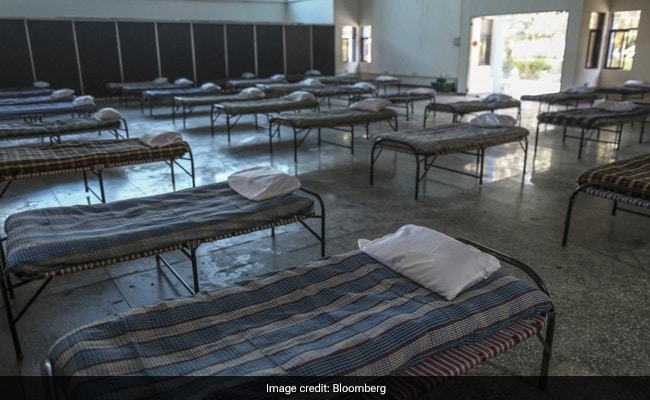 Inside the 100-bed non-critical Covid-19 hospital at the the Nehru Science Centre in Mumbai.

Built for astronomers, space aspirants and school children curious to know more about the sun and stars, the dome-shaped structure of Mumbai's beloved planetarium plans to have 300 beds that will house asymptomatic patients.

Maharashtra, the western state of which Mumbai is the capital, has sounded off doctors with a private practice to show up for two-week mandatory virus duty to give respite to overworked health care staff in state-run hospitals. It has also requested Prime Minister Narendra Modi for 20 companies of paramilitary forces to rest its own fatigued policemen.

While the lockdown has somewhat helped the situation, "we will have to be careful until June," said Rajesh Tope, Maharashtra's Health Minister.