The PM Modi-Trump meeting assumes significance in the wake of the strain that has popped up in the bilateral relationship on a host of trade and economic issues. 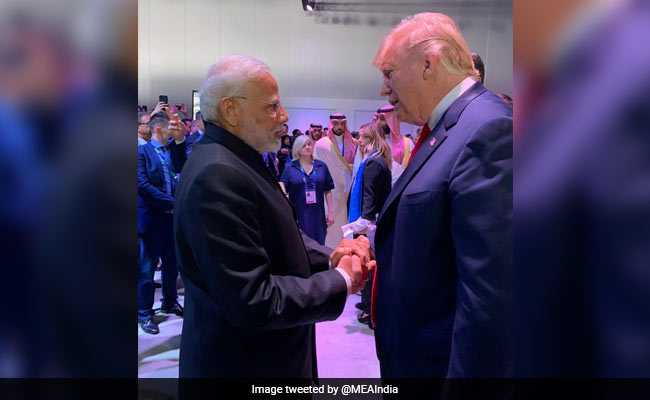 PM Modi is meeting US President Donald Trump alongside the G-20 Summit in Osaka. (FILE PHOTO)

Prime Minister Narendra Modi met US President Donald Trump on the sidelines of the G-20 Summit in Japan's Osaka, their first meeting after PM Modi's reelection in the recently concluded Lok Sabha polls. PM Modi and Mr Trump touched upon a range of issues, including various bilateral and global issues including trade, defence, Iran and 5G communications networks. The one-on-one talks were held after PM Modi, Mr Trump and Shinzo Abe met for the Japan-America-India trilateral.

"We have become great friends and our countries have never been closer. I can say that with surety. We will work together in many ways including military, we''ll be discussing trade today," Donald Trump said as he sat down with PM Modi. The Prime Minister's bilateral meet with Mr Trump is crucial as the two nations seek to make a breakthrough in their ongoing trade dispute. New Delhi had slapped tariffs on 28 US products earlier this month in response to Washington withdrawing its long-standing trade concessions to India on June 1.

Soon after the meeting with Donald Trump, PM Modi held a meeting with BRICS leaders and spoke about strengthening WTO, fighting protectionism, ensuring energy security and the need to work together to fight terrorism.

The G20 is an international financial forum comprising 19 nations and the European Union. It focuses on pressing financial and economic issues, seeking to address issues that go beyond the responsibilities of any one organisation.

Here are the live updates of PM Modi's meeting with Donald Trump:

Productive conversation with my Mexican colleague, Minister @m_ebrard on taking forward the Privileged Partnership. Look forward to welcoming him in India soon.#G20Summitpic.twitter.com/qQuOPygPPk

Giving impetus to friendship with Germany. 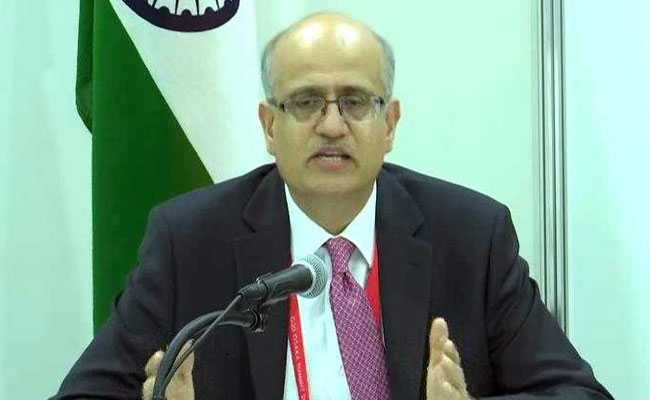 Foreign Secretary Vijay Gokhale briefs media on the meetings that PM Modi had on the side lines of G20 Summit.
Meeting with BRICS leaders
The overall BRICS summit was satisfactory. Important points were covered during the meeting. In particular, the menace of terrorism and terror financing was discussed in detail. All the heads of states agreed unanimously on acting against terrorism and terror financing.
Counter-terror and curbing terror financing were discussed in detail. Especially the internet and digital platforms being used to indoctrinate, radicalize and recruit terrorists.
Meeting with Saudi Arabia's Crown Prince Mohammed Bin Salman
The prime minister met the Saudi crown prince Mohammed bin Salman. Both leaders spoke in detail about the Saudi-India strategic partnership. They focused on ways to further deepen cooperation in various sectors, especially energy, trade and counter-terrorism.
Prime Minister Modi also appreciated the leadership shown by Saudi Arabia in the area of energy and oil. India firmly believes that Saudi Arabia plays a crucial role in the region and globally to keep crude prices stable.
The two leaders also discussed in detail the people-to-people ties and how to further cultural ties.
Counter-Terrorism was also discussed, and both leaders agreed to deepen cooperation in counter-terror measures and ways to stop terror financing. Both leaders agreed that terrorism is a global threat and a challenge to humanity.
The Saudi Prince also invited PM Modi for an international summit meeting as a special guest, and the PM has accepted the invitation. The details of which meet, where, and when will be shared with you once schedules are ready. This will be scheduled for later this year.
Meeting with South Korean President Moon Jae-In
The prime minister also met South Korean president Moon Jae-In, and the two leaders focused on further enhancing trade and investment, as well as tourism and cultural ties.
The two leaders discussed about trade and connectivity in the Indo-Pacific region.
Visas and their validity were also discussed during the meeting and way in which the people of India and South Korea can get visas more easily and for a longer duration was discussed. South Korean nationals who live in India and work in South Korean companies - their visas were discussed too.
Trade is a key aspect of the ties with South Korea and both leaders discussed ways to further enhance trade and business. Ways of increased South Korean investment in India, especially in the manufacturing sector were discussed during the meeting.
India and South Korea also have deep cultural ties and ways to enhance that was also discussed.
Jun 28, 2019 10:28 (IST)

BRICS leaders met in Osaka, on the sidelines of the #G20 Summit.

In his remarks, PM @narendramodi spoke about strengthening WTO, fighting protectionism, ensuring energy security and the need to work together to fight terrorism. pic.twitter.com/c5QRoekSRg 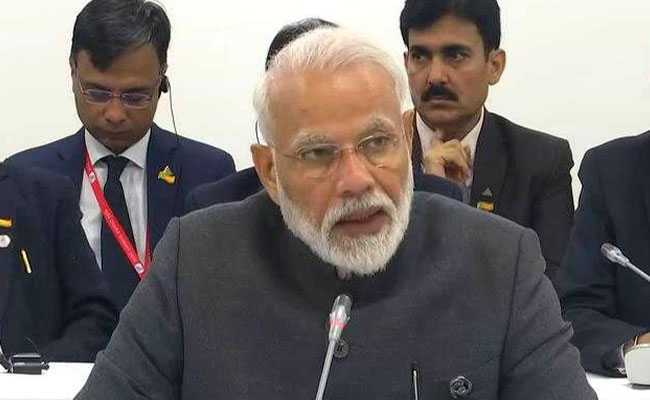 PM @narendramodi had an open & productive meeting with POTUS @realDonaldTrump on the margins of #G20 Summit. The two leaders discussed various aspects of mutual interest with a focus on cooperation in 5G, defence & security & trade. pic.twitter.com/cdrkwOngEs

Watch | Donald Trump congratulates PM Modi for "landslide" election win, says "It was a big victory, you deserve it... Fantastic tribute to you and your abilities"

PM @narendramodi and @POTUS held talks on the sidelines of the #G20 Summit in Osaka.

"We'll work together in many ways including military. We'll be discussing trade today": Donald Trump during a bilateral meeting with PM Modi in Japan on the sidelines of the #G20 Summit.

Jun 28, 2019 06:48 (IST)
US President Donald Trump at the bilateral meeting with PM Narendra Modi in Osaka says, "We have become great friends and our countries have never been closer. I can say that with surety. We'll work together in many ways including military, we'll be discussing trade today."
Jun 28, 2019 06:39 (IST)

#WATCH PM Narendra Modi at bilateral meeting with US President Donald Trump in Osaka, Japan: In this meeting, I would like to have discussions on 4 issues- Iran, 5G, our bilateral relations & defence relations. pic.twitter.com/bYQMFayj9M

"We have never been closer, I can say that with surety... will be discussing trade today": US President Donald Trump on bilateral meet with PM Modi

Jun 28, 2019 06:31 (IST)
President Donald Trump at the bilateral meet between India and US congratulated PM Modi on his election victory. "You deserve the big victory," President Trump told PM Modi. "We will like to continue to talking to India. India is doing well," he said.
At the meet, PM Modi said India will strive to work for a positive relationship with the US. "We have talked about various issues. The India-US vision is far sighted and positive," PM Modi said. He added that India is committed to a better future with US.
Jun 28, 2019 06:27 (IST)
The interaction between Donald Trump and PM Modi is significant in view of the multiple disagreements that have cropped up between India and the US, including trade tariffs and an arms deal with Russia.
Jun 28, 2019 06:23 (IST)
PM Narendra Modi and US President Donald Trump at India-US bilateral meet in Osaka:

Japan: PM Narendra Modi and US President Donald Trump at bilateral meeting between India & US in Osaka pic.twitter.com/JMXghmg0tD

US President Donald Trump at the trilateral meeting between US, Japan & India in Osaka: Mr Modi, Congratulations on your great victory. I should say congratulations to both because Shinzo also had a great victory. You are doing a great job to your countries pic.twitter.com/JLBu85lZ34

Japan: Trilateral meeting being held between Japan, India & United States on the sidelines of #G20Summit in Osaka, pic.twitter.com/eAfMxFmRFZ

Committed to a better future.