Maharashtra Political News Updates: Devendra Fadnavis and Ajit Pawar's resignation came after a meeting between PM Modi and Amit Shah, the two top leaders of the BJP, right after the Supreme Court ordered Devendra Fadnavis to face a trust vote. 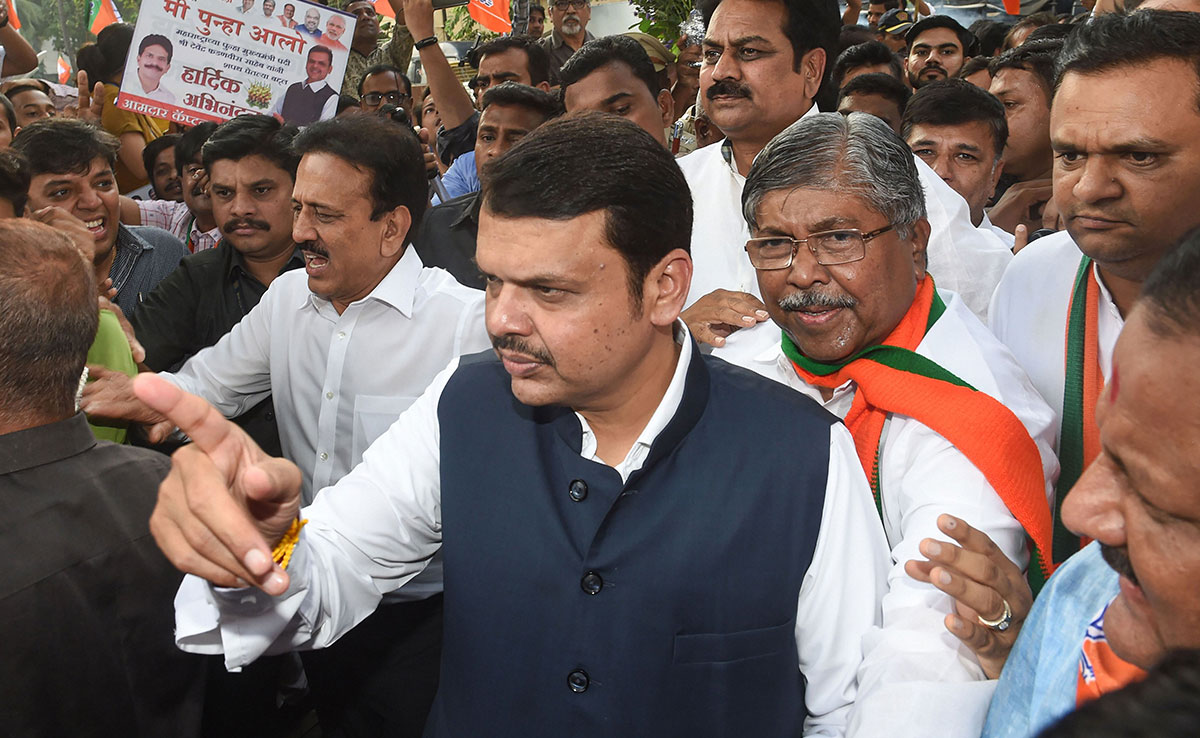 Uddhav Thackeray will be the new Chief Minister of Maharashtra and will likely take oath on Thursday, after the BJP's Devendra Fadnavis ended his 80-hour second term. Mr Thackeray, along with other leaders, are at the Raj Bhavan and have staked claim to form government.

"Ajit Pawar gave me his resignation. BJP had decided from the first day we will not indulge in horse-trading. We only decided to form Maharashtra government because NCP was with us. Since he has resigned, I will also resign," Mr Fadnavis told reporters.

The resignation came after a meeting between Prime Minister Narendra Modi and Home Minister Amit Shah, the two top leaders of the BJP, right after the Supreme Court ordered Devendra Fadnavis to face a trust vote.

Here are the LIVE updates of the Maharashtra government formation:

Mr Thackeray was accompanied by legislature party leaders of the three parties as he headed for Raj Bhavan to meet governor B K Koshyari, a Sena leader said.

"We are submitting a joint statement of staking claim for government formation. We will also produce proof of the support of all the MLAs of the three parties to the governor as part of the mandatory procedure," said the leader.
Nov 26, 2019 22:41 (IST)

6.07 pm: Congress says the Fadnavis-led government in Maharashtra was based on "defections" and fell like a "house of cards", and asked Governor Koshiyari to invite its alliance with the Shiv Sena and the NCP to form the government in the state.

5.59 pm: BJP says parties "rejected by people" in the Assembly polls have joined hands to "steal" popular mandate. The party said the decision to form the government despite lacking numbers was done so in "good faith" after being assured of the NCP''s support by its leader Ajit Pawar.

5.52 pm: Maharashtra governor convenes Assembly session, MLAs to be sworn in on Wednesday.

5.50 pm: Shiv Sena president Uddhav Thackeray to be next CM, NCP leader Nawab Malik says, adding Sena, NCP and Cong will continue their alliance for the next 20-25 years.

3.44 pm: CM Fadnavis tells press conference that he will go to Raj Bhawan to tender resignation.

3.42 pm: NCP''s Ajit Pawar gave his resignation leading to realisation we don''t have the numbers: Fadnavis

3.01 pm: Prime Minister Narendra Modi holds a meeting with BJP chief Amit Shah, who is also the Union home minister, and the party''s working president J P Nadda after the SC orders a floor test in the Maharashtra Assembly on Wednesday.

2.29 pm: Senior BJP leader and Union Minister Ravi Shankar Prasad criticises Congress for boycotting the Constitution Day celebrations in Parliament and said it is an "insult" to Bhim Rao Ambedkar.

2.17 pm: Ahead of floor test in the Maharashtra Assembly, Congress calls for appointment of senior-most lawmaker in assembly as pro-tem speaker, saying precedents and conventions should be followed.

1.18 pm: All newly elected BJP MLAs in Maharashtra have been asked to reach Mumbai to attend a meeting which will be addressed by Fadnavis on Tuesday evening.

11.50 am: The BJP says floor test in the Maharashtra assembly on Wednesday will establish the position of different parties in its entirety.

Its national spokesperson Nalin Kohli also rejects the contention that the SC order is a "setback" to the BJP.

11.46 am: Security stepped up around the Vidhan Bhawan in Mumbai. Elaborate police arrangement has been made to avoid any untoward incident outside the premises.

11.39 am: NCP chief Sharad Pawar says he is grateful to SC for upholding democratic values.

11.32 am: Opposition parties, including the Congress and the Shiv Sena, skips a joint sitting of both houses of Parliament on the Constitution Day to mark their protest against the BJP''s alleged high-handedness in Maharashtra.

11 am: Cong leader Prithviraj Chavan says his party, Sena and NCP are satisfied with SC order of floor test in Maha assembly, Constitution has been respected on Constitution Day.

10.42 am: SC directs Maha Governor Bhagat Singh Koshyari to ensure all elected members of the House are sworn in on Wednesday itself.

10.39 am: Floor test in Maharashtra Assembly for Chief Minister Fadnavis to prove his majority in the assembly will be held on Wednesday: SC

9.14 am: In an editorial in Shiv Sena mouthpiece ''Saamana'', the party lashes out at Maharashtra governor over the hush hush swearing-in ceremony of Chief Minister Devendra Fadnavis.

It said while one Bhagat Singh went to the gallows for freedom, the other one "hanged" democracy in the darkness of night.
(as reported by news agency PTI)
Nov 26, 2019 18:41 (IST) 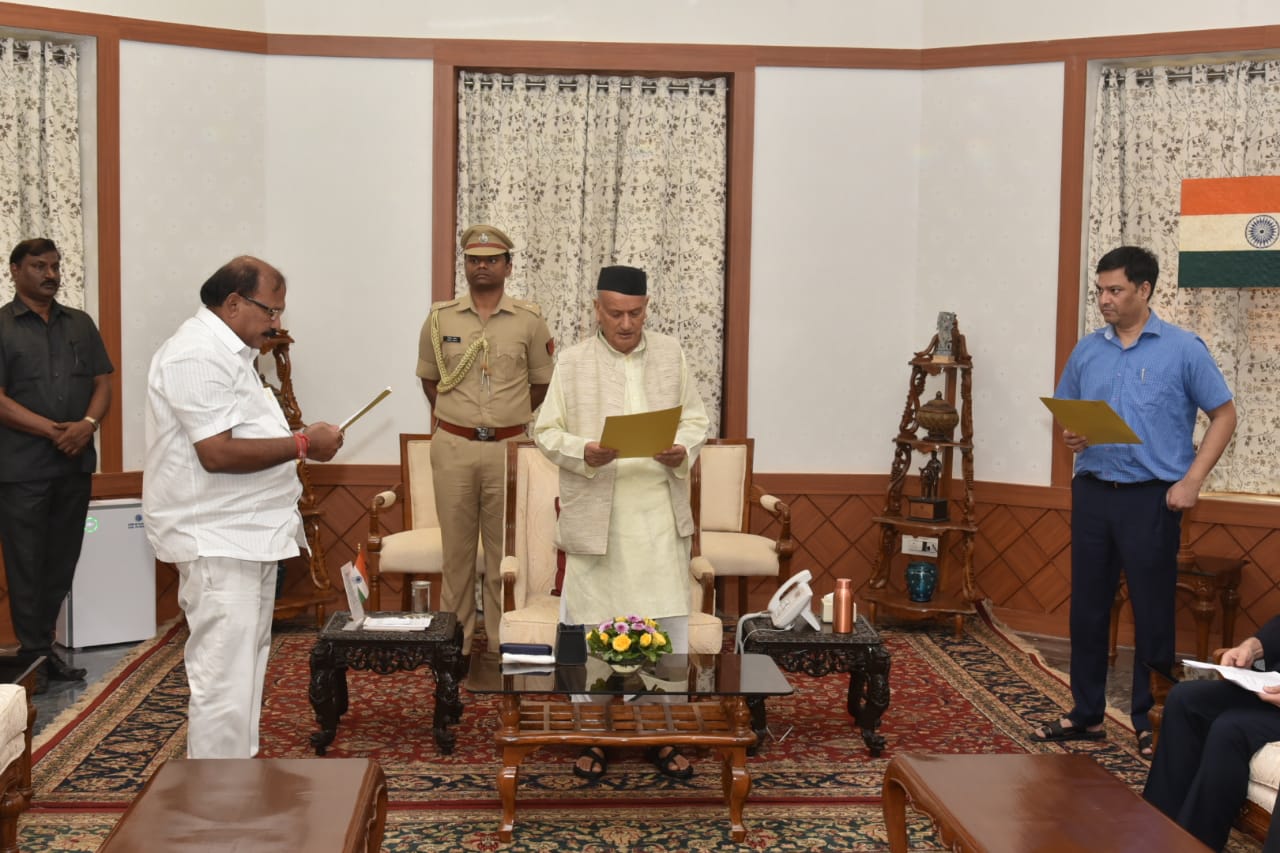 The BJP won 105 seats in the 288-member state assembly and needed 40 more for a majority. Mr Fadnavis claimed the support of 170 MLAs, but a major component was the presumptive support of 54 NCP MLAs, as claimed by Ajit Pawar, their leader in the assembly.

Ajit Pawar's overnight switch was key to the BJP's surprise comeback. He displayed confidence that he would have the support of all 54 MLAs.

Subsequently, nearly all NCP MLAs appeared to return to the party fold and more than 50 also participated in a show of strength at a five-star hotel in Mumbai last evening. It became increasingly apparent that the Ajit Pawar was isolated within his own party and that the BJP may not have enough MLAs after all.

This morning, responding to the Sena-Congress-NCP petition, the Supreme Court ordered the Fadnavis government to prove its majority "within 24 hours" in a televised test of strength. "If the floor test is delayed, there is a possibility of horse-trading, it becomes incumbent upon the Court to act to protect democratic values. An immediate floor test, in such a case, might be the most effective mechanism to do so," said the Supreme Court.

Yesterday, Mr Fadnavis formally assumed charge, signed a relief cheque and also held the first meeting of his new term. But Ajit Pawar did not officially join. He was also missing from the Chief Minister's meeting last evening and he skipped a memorial for 26/11 martyrs this morning.
Nov 26, 2019 16:40 (IST)
Devendra Fadnavis submits his resignation to Governor
Governor Bhagat Singh Koshyari asked Devendra Fadnavis to continue as caretaker Chief Minister till the next one is elected.
"After this press conference I will go straight to the governor and submit my resignation, Mr Fadnavis had said.
Nov 26, 2019 16:27 (IST)
Devendra Fadnavis resigned as the Maharashtra Chief Minister
"Looking at the current scenario, I also resign as the Chief Minister of Maharashtra. I thank the people of Maharashtra for giving me the opportunity to serve them. We worked for everyone, and every sector. There was a lot of work done in the last 5 years, and I am very happy with it," Devendra Fadnavis at press meet.