Assembly elections in Left Front-ruled Tripura will be held on February 18, while people in Meghalaya and Nagaland will vote on February 27 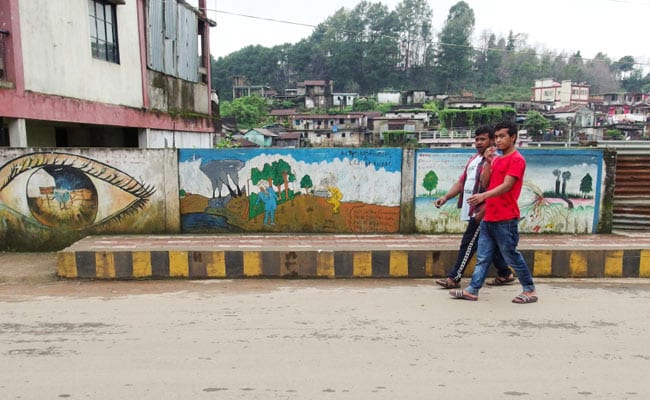 Two men walk on a street in Nongstoin, Meghalaya. The assembly election dates have been announced.

Assembly elections in Left Front-ruled Tripura will be held on February 18, while people in Meghalaya and Nagaland will vote on February 27. Counting of votes in all the three sates in the north-east is on March 3. The model code of conduct has come into effect from today in Nagaland, Meghalaya and Tripura ahead of the assembly elections in these three states, Chief Election Commissioner AK Joti told reporters in New Delhi today. All the three states have 60 seats each in their assembly. The Congress is in power in Meghalaya, the Left Front is running Tripura and the Naga People's Front in alliance with the BJP is in charge in Nagaland. BJP leaders have been visiting the north-east in recent times to firm up election plans. The Congress is also looking to strengthen its presence in the region, which the BJP has been taking inch by inch with the victories in Assam and Manipur.

Here are the highlights in elections in the north-east:

Jan 18, 2018 12:32 (IST)
Campaigning in Meghalaya, Tripura and Nagaland will heat up, now that the assembly election dates have been announced. In December, Prime Minister Narendra Modi visited Meghalaya and Mizoram in what was seen as the launch of the Bharatiya Janata Party's campaign for assembly elections in the north-east this year. BJP president Amit Shah also went to the north-east last week to prepare the party for the fight ahead.
Jan 18, 2018 12:27 (IST)
Electronic voting machines (EVMs) and voter-verifiable paper trail (VVPAT) will be used in the assembly elections in Meghalaya, Tripura and Nagaland, Chief Election Commissioner AK Joti told reporters in New Delhi today. He said election officials have made good efforts to assure basic facilities and arrangements for people with special needs to help them vote. Voter assistance desk will be set up at every polling station, Mr Joti said.
Jan 18, 2018 12:16 (IST) 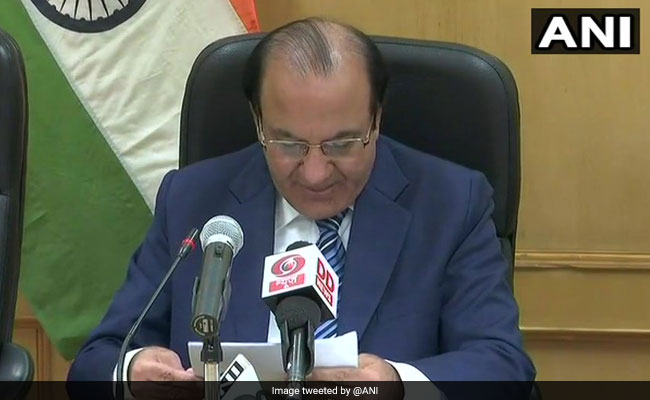 The model code of conduct has come into effect from today in Nagaland, Meghalaya and Tripura ahead of the assembly elections in these three states, Chief Election Commissioner AK Joti told reporters in New Delhi today. The limit of election expenditure in the three states shall be Rs 20 lakh per candidate, Mr Joti said.

Jan 18, 2018 12:01 (IST)
In Nagaland's 60-member assembly, the Democratic Alliance of Nagaland is in power led by the Naga People's Front and supported by the BJP. The BJP is trying to make inroads into the state with Congress losing ground as the main opposition party. Internal troubles in the Naga People's Front might end up helping the BJP though. Former Nagaland Chief Minister and Lok Sabha parliamentarian Neiphiu Rio has formed a new political party, breaking ties with the NPF, and may even join hands with BJP.
Jan 18, 2018 10:04 (IST) 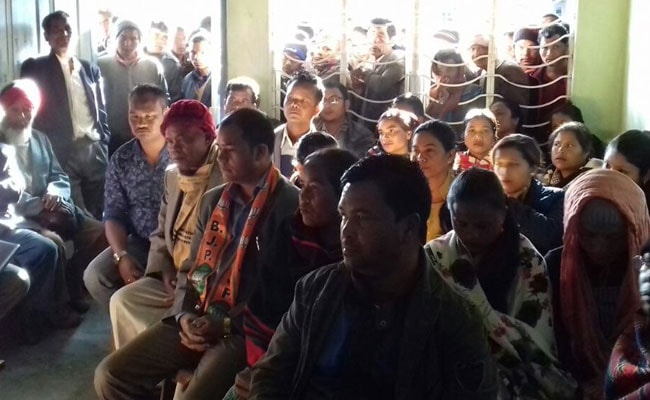 The Congress is in power for the last eight years in Meghalaya. Chief Minister Mukul Sangma had brought more stability for the party, though the BJP is now looking to take Meghalaya using the development plank. Prime Minister Narendra Modi in December opened several infrastructure projects ahead of assembly elections in Meghalaya.
Jan 18, 2018 09:55 (IST)
The Left Front led by the Communist Party of India (Marxist) or CPI(M) has been in power in Tripura since 1993. It is seen as the strongest bastion of the Left in the country with Chief Minister Manik Sarkar, 68, completing his fourth term. This time, the BJP is eyeing the state and has got a boost after six Trinamool Congress and one Congress legislator joined the party. The BJP is also trying to form an alliance with regional parties to consolidate anti-Left votes.
Jan 18, 2018 09:33 (IST)
Tripura, ruled by Chief Minister Manik Sarkar's Left Front, has to elect a new assembly by March 6. The terms of the Meghalaya and Nagaland assemblies end on March 13 and 14. Mukul Sangma's Congress government rules Meghalaya and in Nagaland, the Naga People's Front-led Democratic Alliance, backed by the BJP, is in power with TR Zeliang as Chief Minister. The Nagaland government had asked for the election to be put off until there is a solution to the insurgency in the state.
Jan 18, 2018 09:32 (IST) 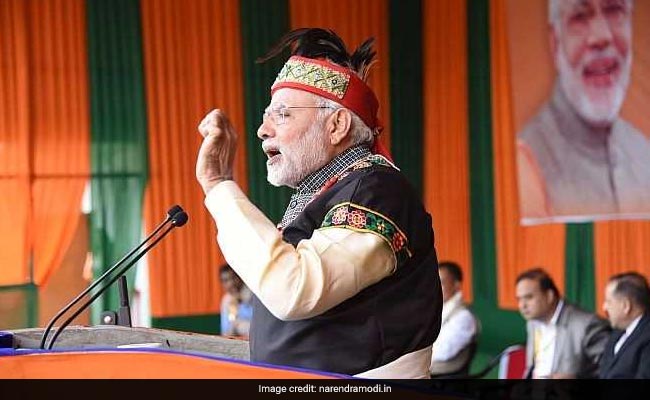 Prime Minister Narendra Modi's 'development blitz' ahead of the assembly elections in Meghalaya and Mizoram will not go unnoticed by the Congress, especially after it lost Manipur in March this year despite winning the most number of seats but short of majority in the 60-member assembly. The BJP, which won 21 seats, formed a coalition government in the eleventh hour with state parties.

Jan 18, 2018 09:30 (IST)
After taking Assam, Manipur and Arunachal Pradesh, the BJP is looking to score victories in Tripura, Meghalaya, Mizoram and Nagaland, and make its score an eight out of eight. In Assam, the BJP with its allies won a whopping 86 of the 126 assembly seats in May last year. Party leaders were then unanimous that the victory was powered by good partnerships and the decision to project strong local leaders, like Sarbananda Sonowal -- who was made Chief Minister -- and Himanta Biswa Sarma, who switched sides from the Congress.
Jan 18, 2018 09:29 (IST)
Assembly elections in five more states are due this year -- Rajasthan, Madhya Pradesh, Karnataka, Chhattisgarh and Mizoram. These elections are seen as critical ahead of the national polls next year. There are eight states in the north-east region -- Arunachal Pradesh, Assam, Manipur, Meghalaya, Mizoram, Nagaland, Sikkim and Tripura.
MeghalayaNagalandTripura