The National Conference leader tweeted a picture which showed him sitting with a serious face. "When you spend 236 days in lockdown, and on the day you get out, the government imposes a 21-day national lockdown," the meme read. 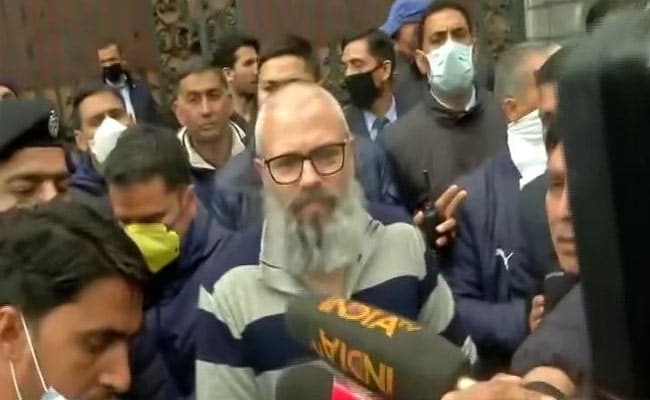 Omar Abdullah tweeted a meme that mocked timing of his release.

Former Jammu & Kashmir Chief Minister Omar Abdullah, who was freed after nearly eight months in detention, on Wednesday tweeted a picture that mocked the timing of his release.

The National Conference leader tweeted a meme that showed him sitting with a grim face. "When you spend 236 days in lockdown, and on the day you get out, the government imposes a 21-day national lockdown," the meme read.

"These are serious and scary times so a little humour doesn't hurt," he captioned the meme.

On Tuesday, the former Chief Minister returned to Twitter hours after his release from jail with a series of witty and humorous tweets.

These are serious & scary times so a little humour doesn't hurt. pic.twitter.com/V0NA7tb0sU

The National Conference leader, who was released amid an unprecedented nationwide shutdown to stall the spread of the ongoing coronavirus pandemic, offered "tips on surviving quarantine or a lock down" because of his "months of experience".

Mr Abdullah posted in his first tweet that it was "a very different world today" to the one that existed on August 5, when he was placed in detention.

The former Chief Minister was detained along with hundreds of politicians in August, when the centre decided to end special status to the former state of Jammu and Kashmir and divided it into two union territories.

Jammu and Kashmir along with rest of India was placed under a strict lockdown this week amid the COVID-19 outbreak that has affected nearly 500 people and killed nine across India. Experts have warned of devastating consequences if Indians do no immediately exercise social distancing protocols.