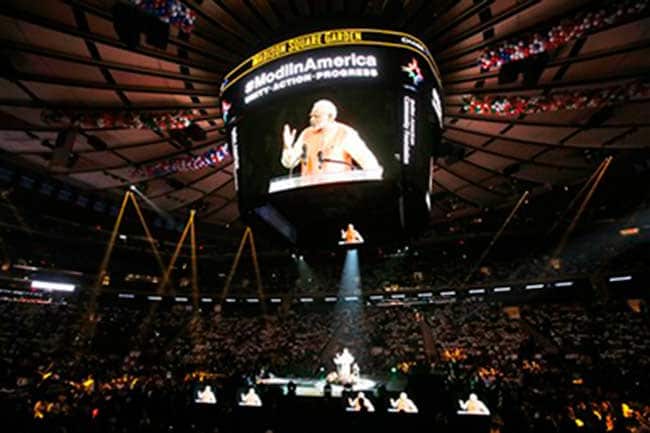 "Happy?" he asked as the crowd cheered his announcement with chants of "Modi, Modi".

"There is even more to come," he said, smiling. (Rate PM's Speech Here)

He announced that those with PIO cards will no longer have to report regularly to a police station.

Promoted
Listen to the latest songs, only on JioSaavn.com
Mr Modi said his government was committed to solving the problems of people of Indian origin who held different cards like the one for PIOs or then the Overseas citizen of India or OCI card, and said these schemes would soon be combined. (Top 10 Quotes from PM's Speech)

About 18,500 Indian Americans packed the venue. Many more watched the PM's near hour-long address on large screens at Times Square. (Haven't Taken Even a 15-Minute Break, Says PM Modi to Indians in America)