In another important posting, Lt Gen Ajai Singh became the 16th Commander-in-Chief of the Andaman and Nicobar Command (CINCAN) which is India''s only tri-service theatre command. 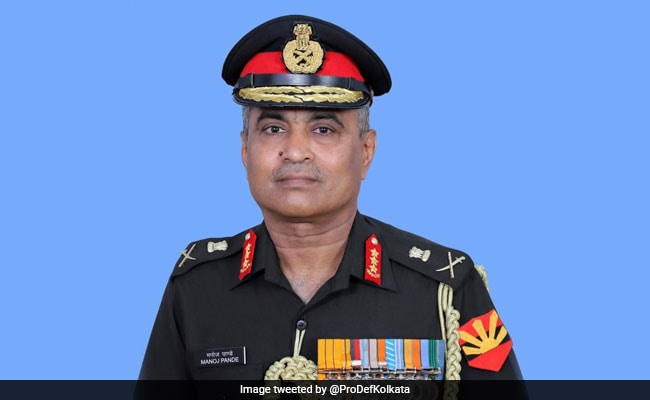 Lieutenant General Manoj Pande on Tuesday took charge as the new commander of the operationally crucial Eastern Army Command at a time India has been maintaining a high state of combat readiness along the nearly 3,500 km-long Line of Actual Control (LAC) with China in view of the border row in eastern Ladakh.

The Kolkata-headquartered Eastern Command takes care of guarding the LAC in Sikkim and Arunachal Pradesh sectors.

In another important posting, Lt Gen Ajai Singh became the 16th Commander-in-Chief of the Andaman and Nicobar Command (CINCAN) which is India''s only tri-service theatre command.

Lt Gen Pande was commissioned in the Bombay Sappers in December 1982. In his distinguished career, he has held several prestigious command and staff assignments in conventional as well as counter-insurgency operations in all types of terrain.

He commanded an engineer regiment along the Line of Control during operation Parakram in Jammu and Kashmir, an engineer brigade in the western sector, an infantry brigade along LoC and a mountain division in high altitude area of western Ladakh and a Corps in the Northeast.

"The Army Commander conveys his warm greetings to the people and wishes them peace, prosperity, health and happiness in times ahead," the Army said in a statement.

Lt Gen Singh, who took charge of Andaman and Nicobar Command, was commissioned into the 81 Armoured regiment in December 1983, a regiment raised by his late father.

The officer has served in various positions across all six of the Army''s geographical Commands as well as at the Army Training Command.

"A fifth-generation Army as well as Cavalry/Armoured Corps officer, with family service of over 162 years since September 13, 1858, Lt Gen Ajai Singh is an alumnus of The Lawrence School, Sanawar and National Defence Academy and Indian Military Academy," the Army said in a statement.

"Lt Gen Ajai Singh also undertook volunteer tenures for counter-insurgency operations in the Kashmir Valley and in the North East, where he was posted at a Mountain Division on the border," it added.