Leopard That Killed Boy, 7, In UP Trapped In Cage That Had Goat As Bait

The female leopard on Tuesday was trapped into a cage that had a goat as the bait. The cage was kept at a farm, where the boy was killed. 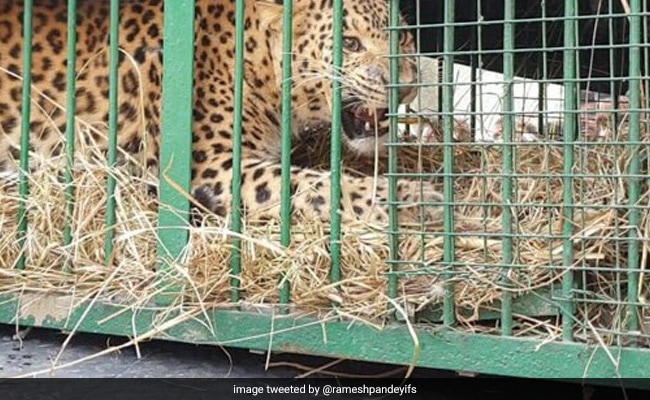 A team of officials from the Dudhwa Tiger Reserve (DTR), in a joint operation with Wildlife Trust of India (WTI), caught a three-year-old female leopard that had killed a 7-year-old boy and preyed upon a few domestic cattle in Isanagar area of Lakhimpur Kheri.

The female leopard on Tuesday was trapped into a cage that had a goat as the bait. The cage was kept at a farm, where the boy was killed.

A group of three veterinarians later physically examined the leopard and released her into the wild after obtaining permission from principal chief conservator of forest (PCCF), wildlife, Sunil Pandey.

Dr Daksh Gangwar of WTI said: "The leopard had stayed away after the cage was installed on the village outskirts. However, later the big cat moved in to kill the goat and got trapped. It is a young healthy female leopard with no physical disability."

The female leopard had been on the radar of the forest officials ever since the big cat killed 7-year-old Manoj Kumar on November 11 in Belagadi village near Dhaurahra range of DTR.

Manoj was collecting fodder for cattle with his mother in a cane field outside the village when he was attacked by the leopard.

The cage was installed on November 14 by the officials after growing demands from the villagers.

(Except for the headline, this story has not been edited by NDTV staff and is published from a syndicated feed.)
Comments
Dudhwa Tiger ReserveWildlife Trust of IndiaLeopard