"I'm aware of the past instances where decisions of the Supreme Court were scuttled by the legislative process," Justice (retired) Chelameswar said. 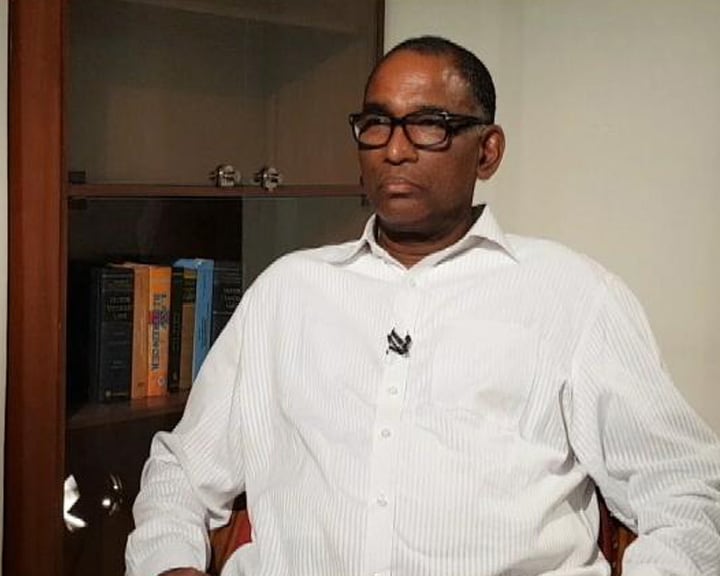 On a day when the Rashtriya Swayamsevak Sangh declared that an ordinance could be brought for the construction of a Ram Temple in Ayodhya, former Supreme Court judge Jasti Chelameswar said that such a possibility cannot be ruled out.

Justice (retired) Chelameswar said on Friday that the government could bring a law for the construction of a Ram temple in Ayodhya even when the dispute is before the Supreme Court, as there have been instances of the court's decisions being scuttled by the legislative process.

The former judge made this statement while responding to a question at an interactive session hosted by the All India Professionals' Congress, an organisation affiliated to the Congress party, in Mumbai. Thiruvananthapuram lawmaker Shashi Tharoor is chairman of the outfit and Congress leader Milind Deora is deputy chairman.

"Legally if it can happen (or not) is one aspect. Whether it will happen (or not) is another. I'm aware of instances that happened in the past where decisions of the Supreme Court were scuttled by the legislative process," he said.

He cited the example of the Karnataka assembly passing a law to overturn the Supreme Court order on the Cauvery water dispute and another similar instance related to inter-state water dispute between Rajasthan, Punjab and Haryana.

"The nation should have opened up to these things much earlier.... This (a law on Ram temple) is possible as we did not stop it then," he said.

Earlier this year, Justice Chelameswar was among four senior judges of the Supreme Court who went public with their objections about the then Chief Justice Dipak Misra's style of functioning. Current Chief Justice Ranjan Gogoi was also among the judges.

The RSS on Friday said that Hindus were feeling "insulted" by the Supreme Court's declaration that the Ayodhya issue is not a priority and insisted that an ordinance would be needed if all options run out.

After a three-day RSS conclave in Maharashtra, its general secretary Bhaiyyaji Joshi said the organisation "will not hesitate to launch an agitation for Ram temple, if needed, but since the matter is in the Supreme Court, there are restrictions."