Hailed as the maestro of mimicry, Mr Venumadhav was the first Indian mimicry and ventriloquism artist to have performed at the UN headquarters. 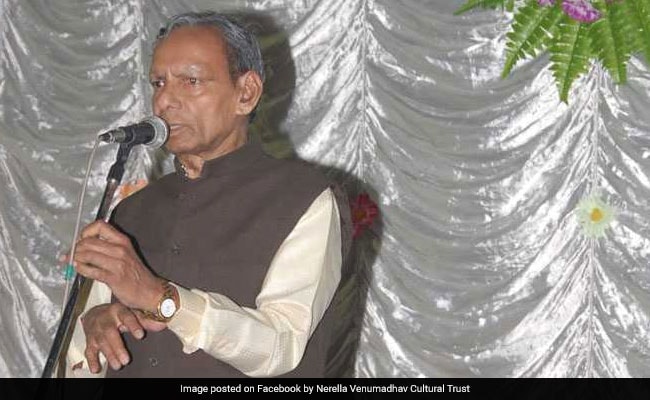 Hailed as a pioneer, Nerella Venumadhav had also performed at the UN headquarters. (File)

Hyderabad: Renowned mimicry and ventriloquism artist Nerella Venumadhav passed away today at his residence in Warangal following a brief illness.

Mr Venumadhav, 85, was suffering from an illness for some time and breathed his last at around 11.30 am, his son N Radhakrishna told PTI news agency.

He is survived by wife, two sons and two daughters.

Hailed as the pioneer and maestro of mimicry, Mr Venumadhav was the first Indian mimicry and ventriloquism artist to have performed at the UN headquarters.

In his condolence message, Mr Rao described Mr Venumadhav as a person who brought name and fame to the art of mimicry as well as universal recognition to it.

"In his death, the artist world has lost a great personality", Mr Rao said conveying his condolences to the members of the bereaved family.

Mr Rao said he had issued instructions to the Chief Secretary to arrange for state honours during the funeral of the veteran artist.

Mr Venumadhav had served as a nominated Member of Legislative Council of Andhra Pradesh from 1972 to 1978.

Also, a recipient of honorary doctorate, he had introduced the syllabus for a diploma course in mimicry for the Potti Sriramulu Telugu University and had also taught the subject.

He had also received Kalaprapoorna award from the Andhra University and honour of 'Gajarohanam' by the TTD.

Mr Venumadhav was honoured by the Telangana government recently during the state formation day. In December last year, a special postal cover was released as a tribute to Mr Venumadhav for his contribution to the art of mimicry.