Of these 40 lakh, NDTV tracked four people - with extraordinary stories - who are waiting with agonising anxiety for a last chance to find a place on that list.

Bir Bahadur Thapa retired from the Army in 2012

Assam is holding its breath for the Supreme Court to decide the rules that 40 lakh people, who have been left out of the National Register of Citizens or NRC, will have to abide by to prove that they are citizens of India. Of these 40 lakh, NDTV tracked four people - with extraordinary stories - who are waiting with agonising anxiety for the last chance to find a place on the list.

"We took part in Kargil, only a fauji knows what goes inside the heart to leave the family and fight for the country at the front", Kargil war veteran Bir Bahadur Thapa said, breaking down at his residence at Ali Ghat in Assam's Morigaon district, 70 km from Guwahati.

19 years ago, he was operating the Bofors guns in the Batalik Sector. Today, the honorary Lieutenant of Amlighat cannot believe he and his family of three are not on the draft citizens' list. Especially because he, his brother and their families had submitted the same legacy documents.

"I had given the legacy record of my father in NRC. My father is a veteran of World War II. He lost some of his document during that war. My brother's name had come in NRC using the same legacy, so our name ought to have come. Now we will submit fresh documents, but we wonder if that will be enough to make it to the final list," Mr Thapa added.

He has now written to the NRC authorities asking for the reason of the non-inclusion.

In Kamrup district's Durung, a government school teacher deputed to conduct the verification of citizens for NRC, was stunned when his name and that of four members of his family were missing from the draft citizens' list.

NRC said his father is labelled Doubtful or D-voter and so, as the Supreme Court ruled, the names of his entire family are on hold.

But Babul Das shows us a 2016 judgment of the Foreigners Tribunal declaring his father an Indian. And that is not the last flaw.

"Ironically, two of my brothers who had also applied with the same legacy papers are on the citizens' list. As per the Supreme Court order, their names should also have been put on hold as they are members of a D-voter family. I don't know how to get out of this red tape in the system. My father is Indian but for two years his D-voter tag has not been cleared", Babul Das told NDTV.

NDTV travelled 110 km from Babul Das's village to Bahari in Barpeta district to meet Moinal Mollah, an illiterate farmer, who is battling to prove he is an Indian since he got a notice in 1998. Irregular at the Foreigners Tribunal hearings, he was declared a foreigner in 2010 and sent to detention camp.

After the Supreme Court ordered a fresh trial, the tribunal in 2016 found that Moinal Mollah was an Indian after all.

But now, Moinal Mollah is missing from the draft citizens' list and so are eight others in his family. Only his 69-year-old father made it. He was on the list of 1951 too. 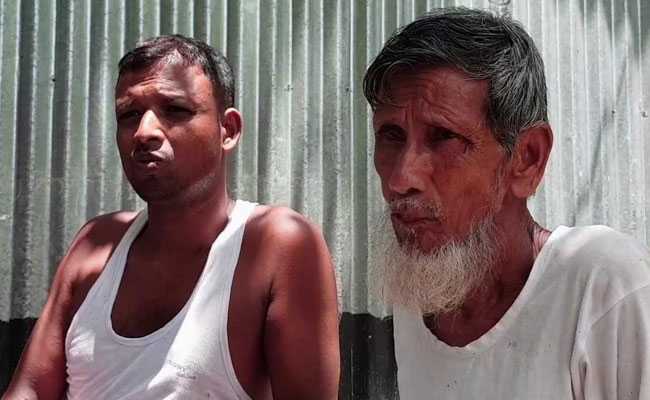 Moinal Mollah is missing from the draft citizens' list

"High Court had given verdict against me, but at that time, the Supreme Court had intervened, and I was able to come out of detention camp. Now my name has not come but I am hopeful since the Supreme Court is monitoring it, and we have given legacy of our father whose name has come", said Moinal Mollah.

But reaching the NSKs is a herculean task for 12 per cent of Assam's population who live on 2,500 odd islands on the Brahmaputra.

Among the 40 lakhs who are left out of the draft NRC, thousands live on the river islands. Among them, the women are finding it very difficult to get their documents. They have to go to their parental villages to collect more documents and their only means of transport is a boat. 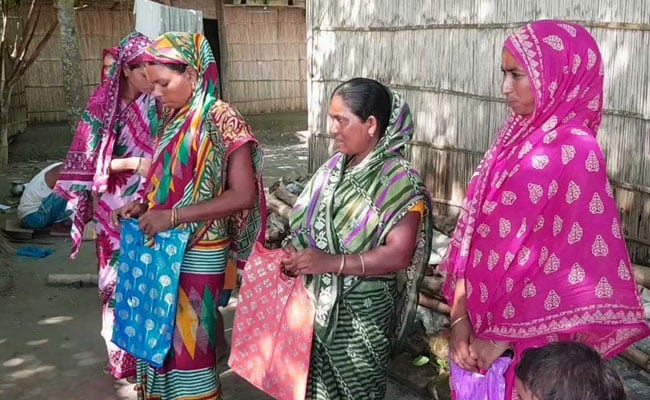 Women travel on boats to get their documents

"On our island, most women are homemakers and the lone member from their families to be left out, and now it is very difficult for women to leave home, take boat rides for hours and go and collect documents. But that does not mean we are afraid, why should we be, we are all born in Assam", said Salma Begum, an island dweller in Balidhari Char.

At least 40 lakh pairs of eyes will be on the Supreme Court and the rules it sets for people to prove their citizenship.