Left Front Yet To Get Proposal On Alliance With Congress, Says CPI 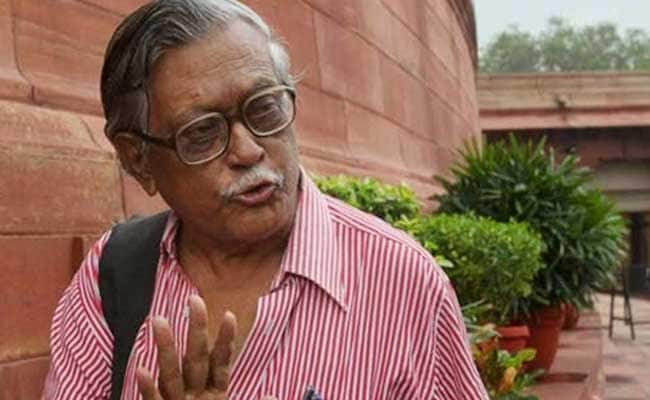 CPI leader Gurudas Dasgupta said nobody held a meeting with them to discuss a possible electoral alliance with Congress.

Kolkata: CPI today said no proposal by CPI(M) has so far been received or discussed in the Left Front regarding an alliance with Congress for the West Bengal Assembly polls.

"Nobody held a meeting with us to discuss a possible electoral alliance with Congress. Even in the previous Left Front meetings, the matter was not discussed," senior CPI leader Gurudas Dasgupta told reporters at the conclusion of the party's two-day state council meeting.

Asked for CPI's independent decision on the matter, he said, "Let there be such proposals first then we will decide on the matter."

"We want to strengthen Left unity and it must not be compromised under any circumstances. We want to protect democracy in Bengal and in order to do it we have to do whatever is required to be done. If such proposal comes to us, we will take a call on it," Mr Dasgupta said.

Referring to the CPI(M), CPI state secretary Prabodh Panda said, "The matter has to be discussed in the Left Front as the issue of alliance is with the Left Front not with any particular party."

The issue of alliance between Congress and the Left gained momentum in the last two months after several CPI(M) leaders sent feelers to Congress for forging a tie-up to oust ruling Trinamool Congress from Bengal.

CPI(M) will hold a two-day state committee meet from February 12 to take a final call on the issue of electoral tactics including alliance with Congress for the coming Assembly polls in West Bengal.

Congress leaders from West Bengal had unanimously rejected any alliance with Trinamool Congress but remained divided on a tie-up with the Left when party vice president Rahul Gandhi held consultations with them.