COVID-19: According to a report based on leaked data by the BBC, Public Health England (PHE) is said to have recommended the B.1.617.2 version of the Indian variant to be classed as Variant of Concern (VOC) as it appears to spread more quickly than 2 other identified subtypes of the Indian variant. 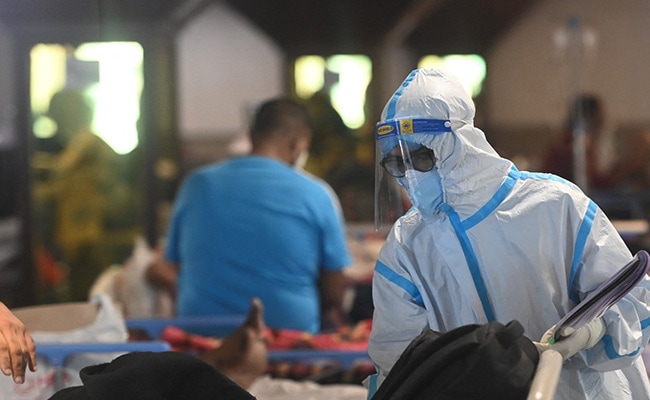 UK reportedly recommended B.1.617.2 version of the Indian Covid variant as 'Variant of Concern'

Health authorities in England are believed to be especially concerned about one strain out of three Indian variants they have been tracking since last month.

According to a report based on leaked data by the BBC, Public Health England (PHE) is said to have recommended the B.1.617.2 version of the Indian variant to be classed as Variant of Concern (VOC) as it appears to spread more quickly than two other identified subtypes of the Indian variant.

The version, along with B.1.617 and B.1.617.3, have so far been classed as Variant Under Investigation (VUI), reported news agency Press Trust of India.

Latest surveillance data released by PHE indicates 61 more cases of the B.1.617 variant from India with the other two versions still under review, taking the total number of cases to around 500.

Experts believe the variant B.1.617.2 is at least as transmissible as the so-called Kent variant, which had been detected in England at the end of last year and led to the UK's second wave surge in coronavirus infections earlier this year.

According to the report, there is no evidence that the Indian variants are resistant to vaccines as of now.

They do not feature the E.484K mutation found in the South African variant of the virus, which could help the virus dodge a person's immune system.

The Kent, South Africa and Brazil strains have all been deemed Variants of Concern in the UK.

These versions, along with the India variant, have all undergone changes to their spike protein the part of the virus which attaches to human cells.

Viruses by nature mutate, producing different versions of themselves. Most of these mutations are insignificant but some can make the virus more contagious and harder to vaccinate against. The Indian variant is believed to be largely behind the current surge in infections in India's ongoing severe second wave of the pandemic.

The PHE has said it would not comment on leaked data, reported news agency PTI.

Man Arrested For Killing Wife Over Dowry In Delhi: Police