Don't Break Rules By Bypassing Us: Law Ministry To Other Departments 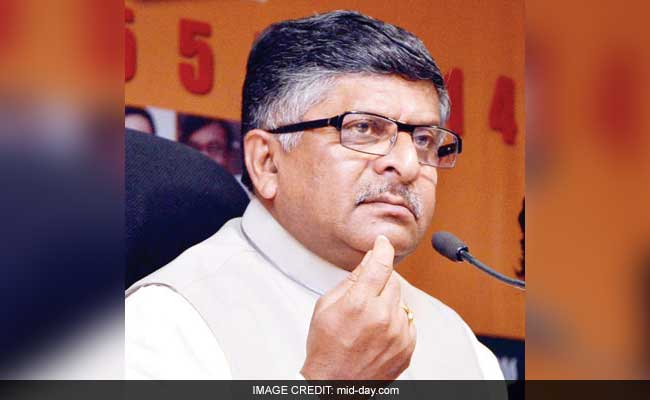 New Delhi: Don't violate rule of law by seeking legal opinion directly from the Attorney General, the Law Ministry has cautioned central ministries, asserting that it should not be bypassed while asking for advice from law officers.

In a strongly-worded letter, Law Secretary Suresh Chandra has said that ministries should avoid "impropriety" by approaching the Attorney General directly.

The letter comes months after the then Attorney General Mukul Rohatgi had urged the government to junk a rule which bars him from giving legal advice to various ministries without involving the Law Ministry, saying it delays decision-making on important matters.

"All the ministries/departments are again requested that while seeking legal advice, they should follow procedure to as to avoid illegality/impropriety on account of jurisdictional error or procedural impropriety... The law officers are also requested that in cases other than sub-judice matters, opinion/advice to central government ministries/departments/PSUs may not be tendered without getting reference from the Law Ministry," the letter issued in March said.

Citing delays as the main reason for his request to let him give opinions directly, Mukul Rohatgi had also said the rule which requires law officers to give legal opinion to various central ministries and departments only when the issue is referred to them by the Law Ministry runs contrary to constitutional provisions.

In his letter to the government, Mukul Rohatgi had said various ministries, departments and even ministers have declined to route their requests for his legal opinion through the Law Ministry due to urgency of the matter.

He had said if every such proposal was routed through the Law Ministry, the entire work would come to a grinding halt and no urgent remedial measure could be taken since the Law Ministry takes its own time.

From time to time, successive law secretaries have been urging law officers against bypassing the Law Ministry while giving legal opinions to central ministries, departments and Public Sector Undertakings.