The decision comes amid a lock down over the government's move to end the special status of the state. 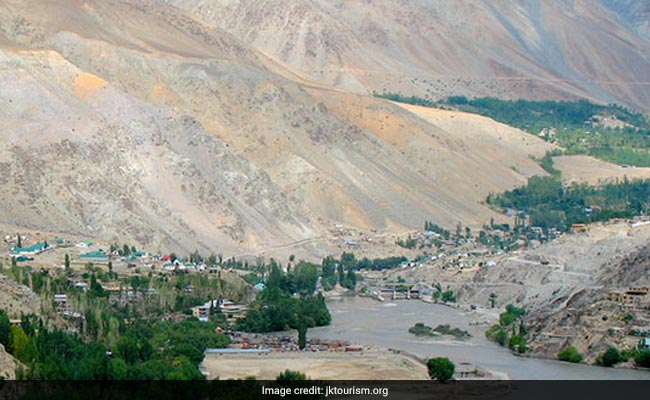 Large gatherings have been banned in Ladakh's Kargil, Drass and Sankoo amid a lockdown in the Kashmir Valley over the centre's move to end the special status of Jammu and Kashmir under Article 370 and bifurcate it into two Union territories.

Imposing restrictions under Section 144, the district magistrate of the Kargil district said in a release that any assembly of four or more people would attract punitive action.

The government has also advised the education institutions of the areas to remain closed.

Earlier this week, the centre announced in parliament its decision to scrap some provisions of Article 370 of the Constitution which gave special status to Jammu and Kashmir. It also said that two Union territories-- Jammu and Kashmir and Ladakh-- would be created out of the state.

The bill to split Jammu and Kashmir into two Union territories sailed through Lok Sabha on Tuesday, with some opposition parties walking out, bringing down the majority mark, and others siding with the government. It was earlier passed in the Upper House of parliament.

The order removing Article 370 came after tension in the Kashmir Valley ratcheted with thousands of paramilitary troops being flown into the area in the last few days. On Sunday night, senior regional leaders including former Chief Ministers Omar Abdullah and Mehbooba Mufti were placed under house arrest. Internet and phone services were cut off in the state and schools and offices were ordered to remain shut.

The centre's decision triggered a massive uproar in parliament, with the opposition slamming the government for taking a "unilateral" decision without having discussions with the stakeholders.

In response to the central government's decision, Pakistan on Wednesday expelled the Indian envoy in Islamabad and announced a five-point plan that included a downgrade of its ties with India and suspension of bilateral trade.