Lakhimpur Kheri violence: Four farmers were mowed down by an SUV, in which Ashish Mishra was seated, according to the Uttar Pradesh Police FIR. 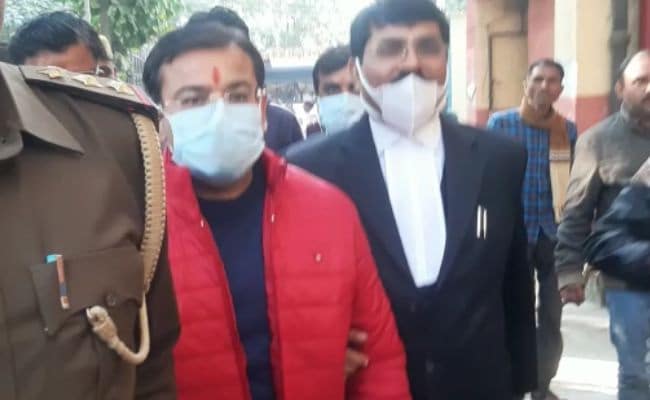 Lakhimpur Kheri Case: The court cancelled the bail granted to Ashish Mishra in the case in April. (File)

The Supreme Court on Monday granted two weeks to the Uttar Pradesh government to file its response on a plea filed by Ashish Mishra, son of Union Minister Ajay Mishra, seeking bail in a case related to the Lakhimpur Kheri violence.

The Lucknow bench of the Allahabad High Court had on July 26 rejected the bail plea of Ashish Mishra.

A bench of Justices B R Gavai and B V Nagarathna said it will hear the matter on November 7.

Senior advocate Mukul Rohatgi, appearing for Ashish Mishra, told the court that notice was already issued in the matter.

On October 3 last year, eight people were killed in Lakhimpur Kheri during violence that erupted when farmers were protesting against Uttar Pradesh Deputy Chief Minister Keshav Prasad Maurya's visit to the area.

Four farmers were mowed down by an SUV, in which Ashish Mishra was seated, according to the Uttar Pradesh Police FIR.

Following the incident, the driver and two BJP workers were allegedly lynched by angry farmers.

A journalist also died in the violence that triggered outrage among opposition parties and farmer groups agitating over the Centre's now-repealed agricultural reform laws.

On April 18 this year, the top court cancelled the bail granted to Ashish Mishra in the case and asked him to surrender in a week, saying the 'victims' were denied "a fair and effective hearing" in the Allahabad High Court which adopted a "myopic view of the evidence".

It had remanded the bail application for fresh adjudication "in a fair, impartial and dispassionate manner, and keeping in view the settled parameters" within three months after taking note of relevant facts and the fact that the victims were not granted a complete opportunity of being heard.