The lawmakers are spending the weekend at the hotel ahead of a likely storm on Tuesday when a crucial court hearing will decide whether rebel leader Sachin Pilot and 18 Congress MLAs can be disqualified by the Speaker. 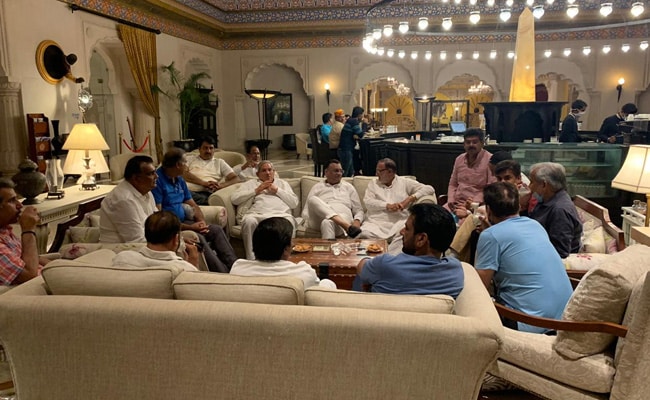 Rajasthan Congress MLAs singing at a luxury hotel in Jaipur.

From Kishore Kumar's 'Aa chal ke tujhe main leke chaloon' to 'Hum Honge Kamyab Ek Din',  Rajasthan Congress MLAs appear to be sending a message across to the rebel camp with some unabashed singing as they unwind at a luxury hotel in Jaipur. The lawmakers are spending the weekend at the hotel ahead of a likely storm on Tuesday when a crucial court hearing will decide whether rebel leader Sachin Pilot and 18 Congress MLAs can be disqualified by the Speaker.

In videos that went viral, the MLAs were seen sitting together on sofas as they sang the numbers over a round of coffee and biscuits. While Sanyam Lodha, an independent MLA from Sirohi, alone sang the Kishore Kumar number from the film Door Gagan ki Chhaon Mein, other MLAs joined him in singing Hum Honge Kamyab. Rajasthan Congress In-charge Avinash Pande was among those seen in the video.

On Saturday, the MLAs wrapped up the day by watching actor Aamir Khan's blockbuster movie Lagaan. The 1960 epic hit "Mughal-e-Azam" was screened for the MLAs on Friday evening. In the morning they were seen doing activities like yoga and cooking classes. 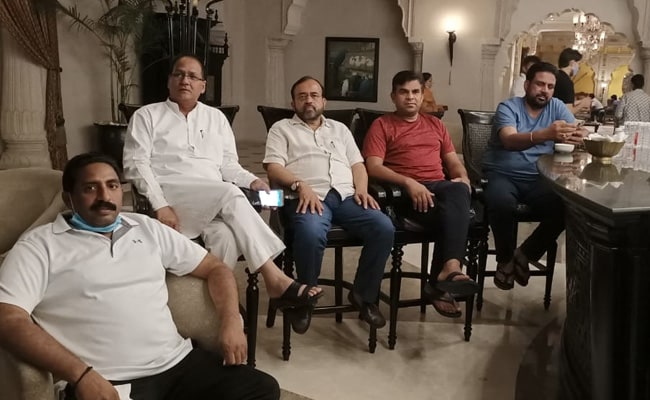 On Saturday, the MLAs wrapped up the day by watching actor Aamir Khan's blockbuster movie Lagaan.

The weekend marks a slowdown from the hectic manoeuvres that Chief Minister Ashok Gehlot had been taking to avoid a government collapse after Sachin Pilot decided to revolt against the party, with the backing of a handful of MLAs loyal to him.

The Rajasthan High Court on Friday gave time to the rebel MLAs till Tuesday to respond to disqualification notices for "anti-party activities", which they have challenged in court.

The 18 Congress rebels said to be loyal to Sachin Pilot are staying in two resorts in Manesar near Delhi.

The Congress has suspended two of the rebels, alleging that they had been caught on tape conspiring with the BJP against their own government.

A Rajasthan Police team landed at the two resorts in Manesar on Friday, intending to arrest Bhanwar Lal Sharma who, the Congress alleges, is one of the two MLAs heard discussing bribes from the BJP as part of a conspiracy against the Ashok Gehlot government in Rajasthan. 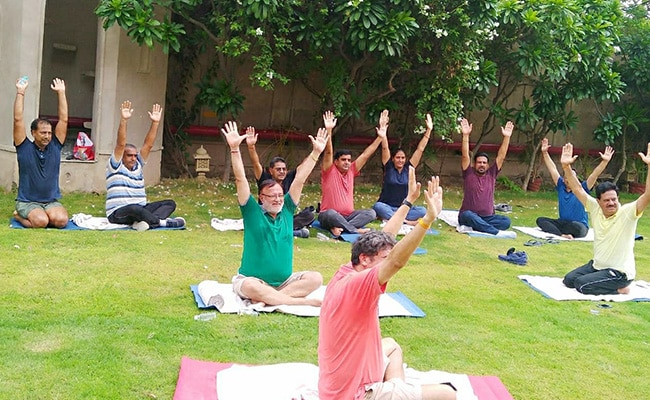 MLAs in casual tees and pants are seen doing yoga on the spacious green lawns of Fairmont in Jaipur.

The BJP accused the Congress of resorting to defamation and illegal phone-tapping in desperation. "Did the government tap phones? You cannot tap phones without proper permission. Court doesn't accept such tapes. This is like Watergate scandal," said BJP's Rajasthan chief Satish Poonia.

For Team Pilot, winning the court battle is important. If the rebel MLAs are disqualified, the majority mark will drop, making it easier for Ashok Gehlot to win a floor test. If the rebels can vote in the assembly, the Congress government could fall.

Mr Gehlot needs 101 MLAs to vote for him in the 200-member assembly and claims he has the support of 106.