On Mauni Amavasya Today, Over 3 Crore Are Expected At Kumbh Mela

Mauni Amavasya: Traditionally, today is the most significant of all the scared bathing days at the Kumbh Mela 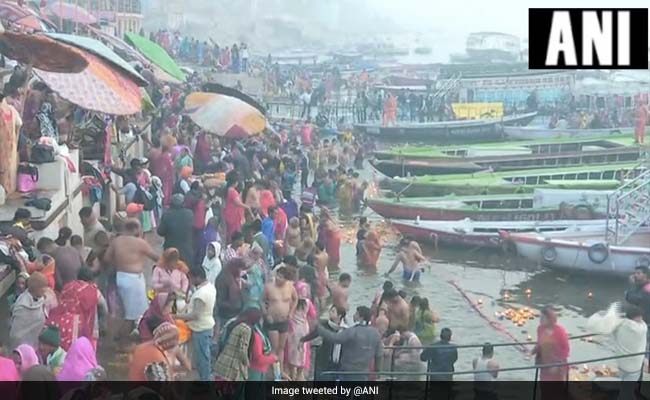 Lakhs of devotees are at the Kumbh Mela in Prayagraj for the second 'Shahi Snan' or auspicious dip on 'Mauni Amavasya'. Traditionally, today is the most significant of all the scared bathing days at the Kumbh. The crowd is increasing by the hour says reports. From the railway station to the makeshift township of Kumbh Nagari, there is continuous movement of devotees as the loudspeaker guides them towards the bathing ghats.

Over three crore people are expected at the Kumbh for 'Mauni Amavasya', which is a new moon day in the Hindu calendar of Magha month. And it assumes greater significance if it falls on a Monday, which is case this year. It is believed that on this day, sage Rishabh Dev broke his long vow of silence and bathed in the holy waters.

Security has been tightened in Kumbh for 'Mauni Amavasya'. The entire area has been divided into 10 zones and 25 sectors, which are being monitored by an Additional Superintendent of Police level officer. Over 40 police stations and as many fire stations have been set up in the Kumbh Nagari to deal with any emergency. 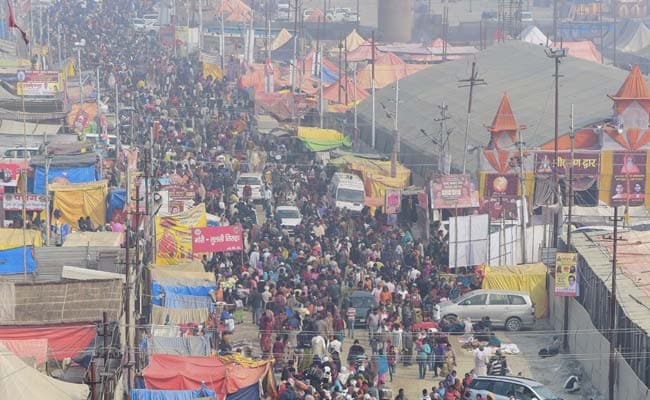 Forty-three fire stations, 15 sub-fire stations, 40 fire watchtowers and 96 control watchtowers have been set up for the day, said an Uttar Pradesh home department official. The entire area is under surveillance of 440 CCTV cameras. For close coordination and prompt communication, an Integrated Command Control Centre and 12 wireless grids have been established, the official said.

Entry of vehicles have been restricted in the 32,000-acre Kumbh Nagri. The administration is running over 500 shuttle buses for the pilgrims to make their way from various parts of Prayagraj to the Sangam - the confluence of the Ganga, Yamuna and the mythical Saraswati - for the sacred dip.

The Kumbh witnesses a total of three 'Shahi Snans', the first of which took place on Makar Sankranti on January 15, when the Mela started, the second is on Mauni Amavasya and the last one is on February 10, that is, Basant Panchmi. The Kumbh Mela comes to a close on March 4.