However, even before his mother could celebrate her 84th birthday, Capt Sathe, 58, died in the air crash. 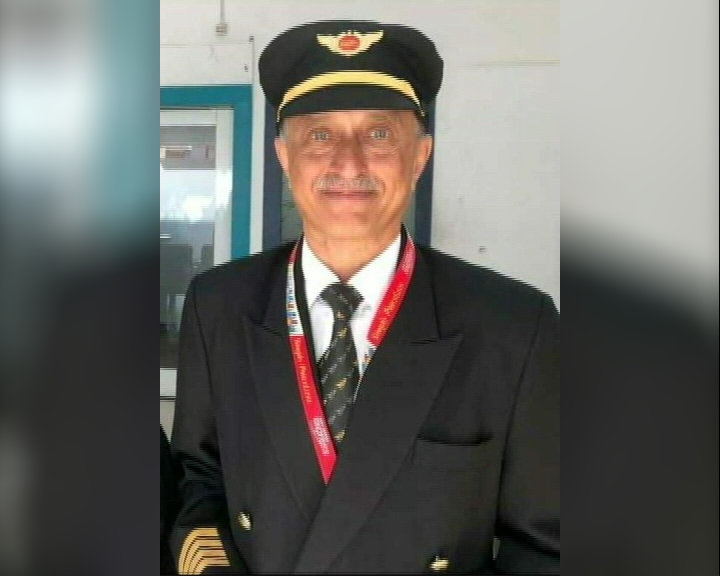 Deepak Sathe had planned to pay a surprise visit to Nagpur.

Captain Deepak Sathe, pilot of the ill-fated Air India Express flight who died along with 17 others after the plane crashed at Kerala's Kozhikode airport, had planned to pay a surprise visit to Nagpur on his mother's birthday on Saturday, his relative said.

However, even before his mother could celebrate her 84th birthday, Capt Sathe, 58, died in the air crash.

"Today is the birthday of Capt Sathe's mother. He had last met his parents in March and was constantly in touch with them over phone since then. They had last spoken a day before yesterday," his nephew Dr Yashodhan Sathe told PTI on Saturday.

"Captain had told some of the relatives that if flights are available, he would pay a surprise visit to his mother on her birthday," he said.

Captain Sathe lived with his wife in Mumbai. His mother, Neela Sathe, who lives with her husband Vasant Sathe, a retired colonel in Nagpur, said that after the coronavirus outbreak, he had told her not to step out of the house.

"He used to tell me not to go out due to the pandemic. He would tell me that if something happens to me, he would feel bad. And suddenly this tragedy struck...what can we do before the will of the God...," she said with tears in her eyes.

Captain Sathe, who was the pilot-in-command and his co-pilot Akhilesh Kumar were among those who died in the incident.

Mr Sathe was a former Wing Commander of the Indian Air Force (IAF) and had served at the force's flight testing establishment. He was from 58th course of National Defence Academy (NDA), Pune.

Dr Yashodhan Sathe said that the body of Captain Sathe is yet to be handed over to the family.

"His wife and brother-in-law are in Kozhikode, but the decision about where the last rites will be held is yet to be taken. Due to the coronavirus restrictions, we will not be able to go there," he said.

Captain Sathe has two sons- Dhananjay and Shantanu. "Dhananjay lives in Bengaluru and he is trying to reach Kozhikode by road. His second son is in the USA and he won't be able to come," Dr Yashodhan said.