According to the Disaster Management State Control, 237 people have died, 32 missing and 14.5 lakh people are in 3,879 relief camps across the state. 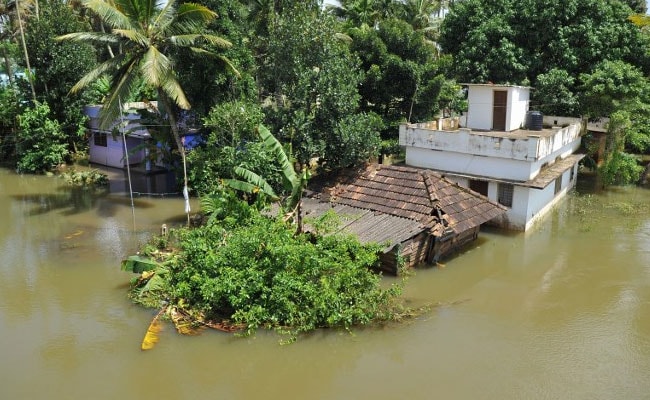 Though water has started receding in some places, a few areas continue to be under water

With operations to rescue stranded people from flood-affected areas nearing a close, the Kerala government today turned its attention to cleaning of houses and public places which were damaged in the unprecedented rains which ravaged the state.

According to the Disaster Management State Control room, 237 people have lost their lives and 32 are missing in flood-related incidents since August 8.

The largest number of people in relief camps was in the worst-affected Ernakulam district with a total of 5.32 lakh in 850 camps.

Though water has started receding in some places, areas near the river banks and Kuttanand in Alapuzha continue to be under water.

More than 3,000 squads under health and local self-government departments have started the process of cleaning houses and public places, official sources said.

Chief Minister Pinarayi Vijayan has said that most of the stranded people have been rescued and searches would continue in isolated houses to find if any persons are trapped.

Indian Air Force personnel rescued 15 people, including 11, who were trapped in an areas cut off due to landslides in Nelliyampathy in Palakkad district yesterday.

Nearly 3,000 carcasses of cattle were buried across the state yesterday, officials said.

In a show of unity, a group of Muslim youths cleaned up temples in Malappuram and Wayanad districts.

The state government has sought a relief package of Rs 2,600 crore under the MNREGS scheme and also under centrally-sponsored programmes.

The chief minister informed Prime Minister Narendra Modi during his visit to the flood-affected areas on Sunday Kerala had suffered a loss of Rs 19,512 crore as per preliminary estimates and only after water recedes the exact loss and damage could be assessed.

The state had also sought an immediate relief of Rs 2,000 crore to take up relief works and the Centre sanctioned Rs 500 crore to the state.

The Chief Minister's Disaster Relief Fund had received donations to the tune of Rs 309 crore till last evening through online and deposits in the special SBI account.

The UAE government also offered an amount of USD 100 millions (about Rs 700 crore) for the state's reconstruction.