The photos taken during the Navy's aerial survey of Kerala's Malappuram show buildings surrounded by muddy water and uprooted trees. 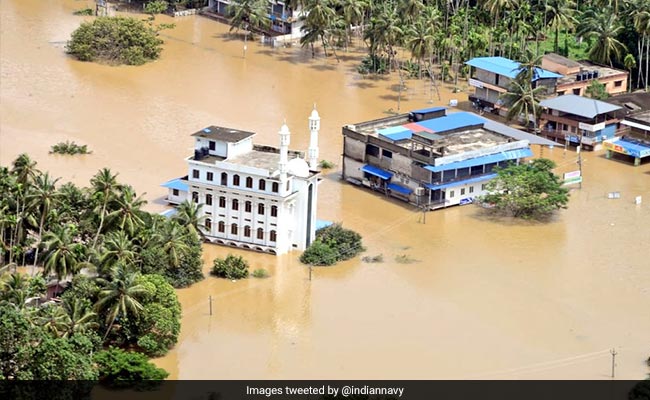 More than 70 people have been killed and over 2.54 lakh moved to relief camps as Kerala continues to reel under the impact of heavy rains. The government has ordered military teams to form rescue units and deliver help to stranded people across the state. The Navy, which is monitoring the situation in Kerala, today released aerial photos that show the extent of devastation caused by the flood.

The photos taken during the Navy's aerial survey of Kerala's Malappuram show buildings surrounded by muddy water and uprooted trees. Some houses are almost totally submerged in water, with only one floor and roof visible. The Navy also posted footage of its aerial survey, revealing large-scale damage in the state.

The weather office has forecast heavy to very heavy rain for Malappuram, Kozhikode, Wayanad, Kannur and Kasargod districts over the next two days.

Heavy rains triggered landslides in Malappuram and Wayanad. A cluster of houses belonging to plantation workers at a tea estate in Wayanad was swept away on Thursday. 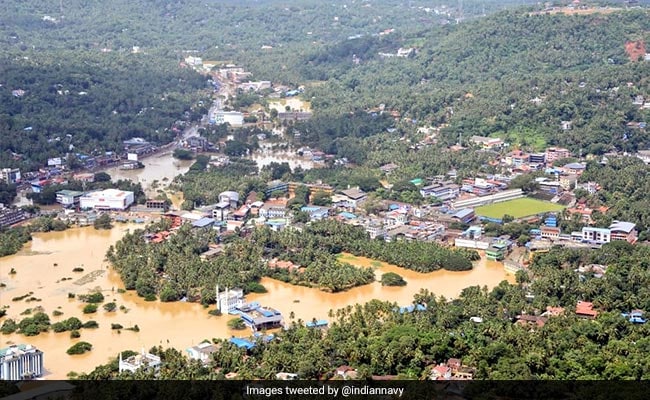 The Cochin International Airport, which suspended operations on Friday morning after heavy rainfall flooded parts of its tarmac, resumed operations on Sunday. The airport was reopened three hours ahead of schedule at 3 pm

The water level in some rivers in Kerala has risen to a dangerous point, the Central Water Commission has warned. Massive rescue operations are being undertaken in flood-hit Kerala.

Congress leader Rahul Gandhi began his two-day tour of flood-hit Kerala on Sunday. He visited his parliamentary constituency Wayanad and promised to provide relief to the flood-ravaged city.