Kerala Goes To Supreme Court Against Adanis Getting Airport Lease 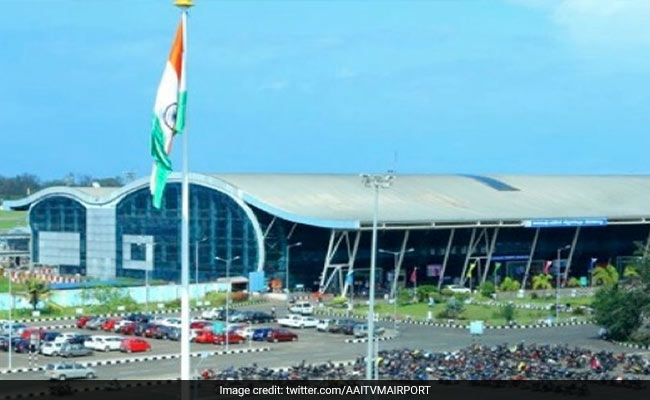 The Centre's move to lease out the Thiruvananthapuram International Airport to the Adani Enterprises has been challenged in the Supreme Court by the Left-led government in Kerala, which has sought a freeze on it. The airport was one of the six for which the Adani group had won a 50-year lease in February 2019.

The state had decided to challenge the Centre's decision after an all-party-meeting. Both the Left Democratic Front and the Congress-led United Democratic Front have opposed the Adani takeover.

"The Central Government's decision to 'sell' Thiruvananthapuram International Airport to a private player is daylight robbery," state minister Kadakampally Surendran had said, pointing out that the state had done everything for the airport, including providing land.

The state went to the High Court  which had refused to interfere in the privatization process, after which the state had gone to the Supreme Court.

The top court had set aside the High Court's decision, but said the case has to be decided on merit.

Last month the High Court dismissed Kerala government's plea and it has appealed to the Supreme Court now.

"Winning bid quoted Rs 168 per passenger, KSIDC quoted Rs 135 per passenger and third qualifying bidder was at Rs 63 per passenger. Thus, despite special provision of RoFR being given to GoK (government of Kerala), they could not qualify in international bidding process carried out in a transparent manner," Mr Puri said, referring to "right of first refusal" or RoFR. "They (Kerala) subsequently approached the Hon'ble Kerala High Court and Hon'ble Supreme Court. All these facts are available in the public domain," the minister had said.