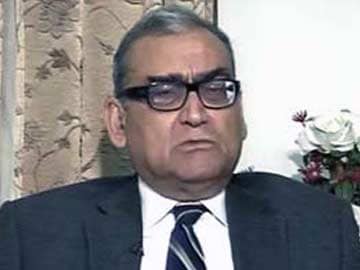 New Delhi: Spurred into action following the controversy triggered by Press Council of India chairman Markandey Katju's revelation that three former Supreme Court Chief Justices had made "improper compromises'' to grant extensions to an additional judge of the Madras High Court, the NDA government has hastened the process of seeking a review of the collegium system of selection of members of higher judiciary.

Law and justice minister Ravi Shankar Prasad has written letters to leaders of various political parties inviting their views on appointment for higher judiciary and the setting up a judicial commission.

The Centre wants a review of the Judicial Appointments Commission Bill, which was introduced by the previous Manmohan Singh government last year. The legislation was aimed at the replacing the collegium system with a six-member selection panel for appointing judges of the High Courts and the Supreme Court.

The selection committee envisaged by the bill is to be headed by the Chief Justice of India, and will have as its members two judges of the Supreme Court, the union law minister and two eminent citizens.

The Judicial Appointment Commission Bill was passed by the Rajya Sabha in September last year, and was pending in the Lok Sabha. The bill lapsed after the dissolution of the 15th Lok Sabha in February.

The Narendra Modi government feels there are several loopholes in the previous government's bill, and has sought changes. It plans to incorporate suggestions from various parties in the proposed new bill.

The collegium system of appointment of judges had led to controversy and friction between the judiciary.

Promoted
Listen to the latest songs, only on JioSaavn.com
In fact, recently when the government asked the SC collegium to reconsider the case of lawyer Gopal Subramanium for a judge's post - Chief Justice of India RM Lodha had voiced his displeasure. The criticism from the top judge was seen as a setback to the government's plan to move the Judicial Appointment Commission Bill.

But the controversy generated by Justice Katju's expose has given the government fresh trigger to go in for a legislation which was initiated by the NDA government in 2003 when Arun Jaitley was the law minister.
Comments
Markandey KatjuCollegium SystemSupreme CourtJudicial Appointments Commission Bill