Kashmir Rail Link to be Completed by 2020. Will Have World's Highest Railway Bridge 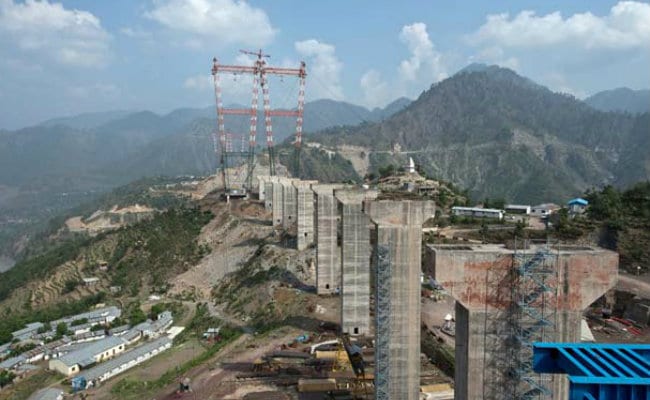 It will be 359 metres high and will have a span of 467 metres making it the highest railway bridge in the world. The bridge is expected to be completed by 2017.

Srinagar: The rail-link from Banihal to Katra, which will improve rail connectivity in Jammu and Kashmir will be completed by 2020, railway officials said in Srinagar on Saturday.

"The work on the Banihal to Katra stretch is going on and we are hopeful of completing it by 2020," General Manager, Northern Railways, AK Puthia told reporters.

Mr Puthia said that the 110 km stretch was the most difficult part of the rail-link which connects Baramulla in north Kashmir with Udhampur in Jammu.

"About 85 per cent of the track is made of tunnels. There are 25 tunnels on this stretch, of which around 35 per cent has been completed," he said.

Mr Puthia said the maintenance and services of the railways were affected in the state after last year's floods.

"The movement of our stocks and coaches was affected after the floods. We recently got permission for carrying those items. When the supply improves, the services will improve," he said.

The official said subject to the approval of the Railway Board, more coaches would be added to the trains to address the increasing rush of passengers.

"We can add more trains or even coaches after we get the approval of the board. At present the platform length at the railway stations here is of eight coaches and adding extra coaches will cause inconvenience to the passengers," he said, adding that more than 22,000 passengers use the services of the railways daily here.

Mr Puthia was in Srinagar to inspect the railway stations at Srinagar and Budgam and to take first-hand-account of the issues the passengers as well as employees face.