Law and order is a state subject and the centre doesn't really have any elbow room to intervene. But officials indicated that the Union Home Ministry decision to seek a comprehensive report from Uttar Pradesh government was a hint to do more to put a firm end to Kaiganj violence. 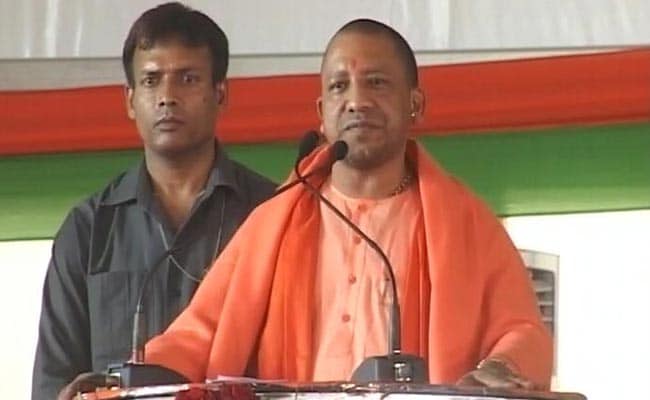 LUCKNOW: Uttar Pradesh Chief Minister Yogi Adityanath has delivered a sharp warning to hooligans who have kept the embers in Kasganj burning after a 22-year-old student was killed in last Friday's communal clashes in the western UP district. Yogi Adityanath said strict action against the perpetrators of violence and those indulging in anarchy will not be spared.

The Chief Minister's comments, the first since his tweets on Friday to condole the death of student Chandan Gupta, came soon after the Union Home Ministry sent a clear message that the state government should put a firm end to the violence.

A senior Union Home Ministry official said they had asked the Yogi Adityanath government to send a comprehensive report on Friday's Kasganj violence and the steps taken to restore peace in the town and its adjoining areas.

Law and order is a state subject and the centre doesn't really have any elbow room. But officials indicated that the home ministry decision to seek a report from the state was a hint to do more. It is a message that Governor Ram Naik had also attempted to drive home yesterday when he called the Kasganj violence a "blot" on the state's record.

"Our government is committed to provide security to each and every citizen.... In Uttar Pradesh, those indulging in corruption and anarchy will not be spared," the saffron-robed Chief Minister told reporters in state capital Lucknow, 300 km from Kasganj.

But lawmakers from the ruling party aren't making this job any easier and have been seen to be fuelling passions.

"Had the deceased been Mohammad Ismaayil instead of Chandan Gupta, there would be been a different debate in the media... We have to change this mindset," Giriraj Singh added, convinced that Friday's clashes were "preplanned".

Like Mr Katiyar, Union Minister Giriraj Singh was also angry with the Bareilly district magistrate Raghvendra Vikkram Singh for putting out a Facebook post that appeared to blame the right-wing groups for provoking the violence.

Back in Kasganj, top police officers of western Uttar Pradesh took to the streets to lead patrol parties to restore public confidence in the administration. By evening, the district police put out photographs of Uttar Pradesh's Additional Director General of Police Ajay Anand, Inspector General DK Thakur on the streets.

A top state police officer said over 110 people had already been arrested in Kasganj over the last few days and other districts across the state ordered to react proactively react to "small flash points" and "settle them promptly" so that they do not flare up.

Promoted
Listen to the latest songs, only on JioSaavn.com
The district police have also been asked to be vigilant about social media and ensure that inflammatory and communally sensitive posts, pictures and videos do not find way to social media sites.