Sukhjinder Singh Randhawa was involved in a similar controversy during the Kartarpur Corridor's foundation-laying ceremony last year too. 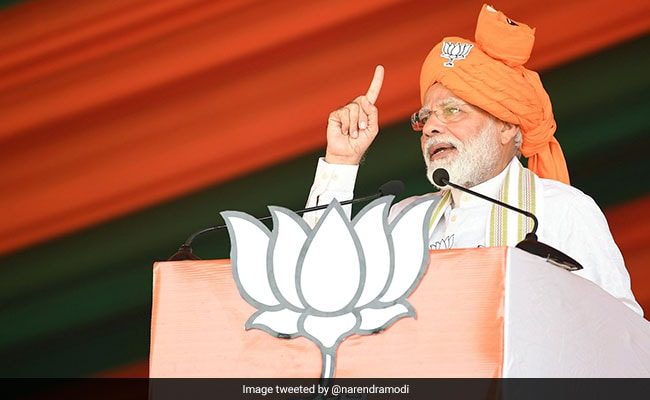 PM Modi will inaugurate the Kartarpur corridor on November 9.

Punjab Minister Sukhjinder Singh Randhawa on Thursday asked Prime Minister Narendra Modi to ensure that separate functions are not held for inaugurating the Kartarpur corridor, terming it as a violation of centre-state relations.

Mr Randhawa was objecting to reports that the National Highway Authority of India (NHAI) was planning a separate function on November 9, 2019, for opening the historic corridor connecting the Gurdwara Kartarpur Sahib in Pakistan with the Dera Baba Nanak shrine in Gurdaspur.

"The Punjab government has already been making preparations for the function as the host as per the earlier decision. However, the National Highway Authority of India started work on a separate stage at the Shikar Machhian village near Dera Baba Nanak today," his letter to PM Modi read.

Expressing shock over the development, Mr Randhawa said central agencies had never hinted at a separate inaugural function during their meetings with him. "In fact, all these central agencies have been regularly inspecting the stage construction and other preparations for the inaugural function by the Punjab government. But now, suddenly, these agencies have started constructing a separate stage at Shikar Machhian village, about seven km from Dera Baba Nanak. This is in violation of centre-state relations," the letter read.

Incidentally, Mr Randhawa had raised similar concerns about an NHAI decision to hold a separate foundation stone-laying ceremony for the Kartarpur corridor on November 26 last year. When tempers flared, with the Punjab Minister taking on Union Minister Harsimrat Kaur Badal, the NHAI agreed to take down its stage and joined the state government's celebrations instead.

At the same event, the Punjab Minister also stuck black tape over names carved on the foundation stone in protest against the inclusion of Akali Dal leaders Parkash Singh Badal and Sukhbir Singh Badal. "Why were their names there? They are not part of the executive, and this is not a BJP-Akali Dal event either," news agency ANI quoted Mr Randhawa as saying then.

While PM Modi will inaugurate the corridor in Gurdaspur on November 9, Pakistan Prime Minister Imran Khan will declare it open from the other end. Cricketer-turned-politician Navjot Singh Sidhu has been extended an invitation to attend the Pakistan event.