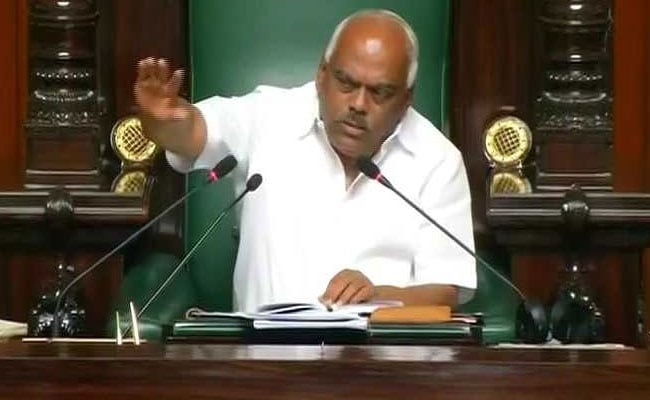 Karnataka's ruling coalition must not delay a trust vote anymore, the assembly Speaker said on Monday, amid allegations that the Congress-Janata Dal Secular alliance was buying time with lengthy speeches after losing its majority.

Speaker KR Ramesh Kumar also summoned rebel lawmakers who have endangered the survival of the government tomorrow following the coalition's request that they be disqualified.

Karnataka Chief Minister HD Kumaraswamy on Sunday said he was "not trying to cling onto power". "My only intention of seeking time for debate on trust vote is to let the entire country know how the BJP, which talks of morality, is trying to subvert the very principles of democracy as well as constitution," he said in a statement.

The ruling coalition had 118 members in the 224-member assembly. If the resignations of the 15 legislators who approached the Supreme Court are accepted, the government will be left with 101 members. With the support of the two independents, the opposition BJP has 107 legislators, which is two more than the majority mark of 105.

Here are the Highlights on the crisis faced by Karnataka coalition. 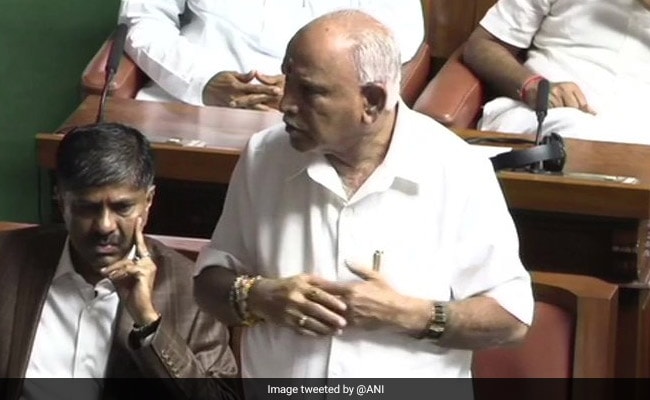 "No one can save them": DK Shivakumar warns Karnataka rebel lawmakers pic.twitter.com/HbwOBtEKI1

Jul 22, 2019 22:52 (IST)
"We are hungry, let's continue tomorrow": Ruling JDS-Congress lawmakers
We want to go home, there are old people here, people who are diabetic. We need to eat. Please resume tomorrow. We are ready to come in by 9 am tomorrow. Let us go home.
BS Yeddyurappa is also diabetic. We should be considerate.
Woman lawmaker to Deputy Speaker:
Please take into account that all of us in the house have not eaten. There has not been any arrangements for food. There are a lot of women. Look at it from our point of view.
Jul 22, 2019 22:48 (IST)
Congress troubleshooter DKShivakumar's message to the rebel lawmakers
"We don't necessarily want to delay the vote. The Governor has said that two lawmakers withdrew support and went to Supreme Court and that Court is taking it up tomorrow. The speech is still on. We have requested that we be given more time."
"On whip issue, I am trying to convince my friends that according to the constitution, they cannot becomes members if they are disqualified. then why have they gone there. I am still in touch with them. I am still persuading them. Whatever BJP wants and whatever these ministers want, the rebels will suffer in the end."
"100% the constitution provides for this. they will be disqualified. No one can save them. If they don't come even tomorrow and put their views across. No one can save them. They have been misguided, I am trying to guide them" 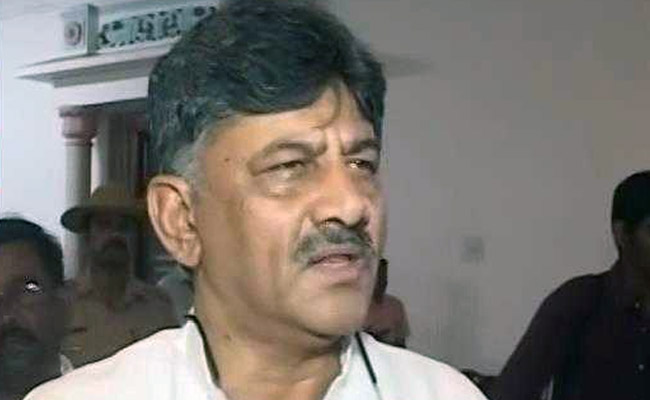 Jul 22, 2019 21:40 (IST)
Kumaraswamy asks Speaker for more time
"If you guys trusted yourselves, all this would not have happened. I said that the vote will happen today, Siddaramaiah and me had agreed to that. But the Supreme Court rulings shows that we have to speak to the Speaker."
"There has been a fake letter and this has been circulating on social media. The sign was also forged."
"Clearly, there are several things that need to be discussed. I request you to give us time," he asks the Speaker.
Speaker says: "Please keep the respect of my word, of your words and let the vote happen."
Jul 22, 2019 21:10 (IST)
"Fake" letter of resignation:
Copies of a letter claiming that HD Kumaraswamy resigned as the chief minister were circulated in the House by Mr Kumaraswamy.
According to local media reports, HD Kumaraswamy brought multiple copies of the "fake" letter and distributed it to people in the House.
The purported letter, addressed to the Governor, had the chief minister's signature stating that he wishes to resign for personal reasons.

Jul 22, 2019 21:06 (IST)
Karnataka Chief Minister HD Kumaraswamy shows a fake letter of his resignation, that has been circulating, in the House.
Jul 22, 2019 20:54 (IST)
Ready to sit here till midnight: Yeddyurappa
As Congress-JD(S) lawmakers raise slogans, BJP leader Yeddyurappa says: "We have been patient. We are here to listen to everyone speak. The leaders Siddaramaiah and Kumaraswamy had said that the voting will happen today. I am here till even 12 am. We will be sitting here. We will listen to everyone. We expect a vote at the end of it."
Jul 22, 2019 20:36 (IST)
Karnataka Assembly convenes
Karnataka Assembly has convened. Coalition leaders are protesting in the House.
Jul 22, 2019 19:35 (IST)
Speaker KR Ramesh Kumar holds a meeting with BJP leaders -- Sunil Kumar, Basavaraj Bommai, CT Ravi -- and JDS leaders Sa Ra Mahesh, HD Revanna, Bandeppa Kashempur -- in his chamber at Vidhan Soudha in Bengaluru, reports news agency ANI.
Jul 22, 2019 18:51 (IST)
15 speakers yet to make statements in the Karnataka Assembly: Report
According to local media, there are close to 15 speakers left to address the Karnataka Assembly including Congress' Siddaramaiah. Chief Minister Kumaraswamy will then respond to the statements made in the house. The vote can be held only after that. The house is yet to resume after it was briefly adjourned for 10 minutes.
Jul 22, 2019 18:22 (IST)
House adjourned for 10 minutes after uproar
House adjourned for 10 minutes after ruckus over the fact that they were asked to keep speech short.
JDS-Congress lawmakers raise slogans demanding full debate without time restrictions
BJP lawmakers raise slogans demanding HD Kumaraswamy's resignation.
Jul 22, 2019 18:21 (IST)
Home Minister MB Patil has called an official meeting with Commissioner of Police, to discuss about zero traffic reportedly given to rebel lawmakers when they came back to Bengaluru to meet the Speaker, according to news agency ANI. JD(S) lawmaker, AT Ramaswamy had raised this matter in the Assembly today.
Jul 22, 2019 18:11 (IST)
Karnataka Speaker KR Ramesh Kumar says: "I am not in any hurry to adjourn and go. Let us have some discipline."
Jul 22, 2019 17:29 (IST)
JD(S) lawmaker AT Ramaswamy walks out of the Vidhana Soudha following state home minister MB Patil's statement on zero traffic reportedly being given to rebel legislators. Mr Ramaswamy had said, "If Home Minister is lying blatantly in front of the House, how can I stay here?"
Jul 22, 2019 17:27 (IST)
Karnataka Chief Minister Kumaraswamy asks Speaker for more time for the vote during the meeting. The Speaker has asked him to do it today.
Jul 22, 2019 16:55 (IST)
Let's wrap up speeches soon: Speaker tells lawmakers
Karnataka Speaker KR Ramesh Kumar says: "I have received WhatsApp messages from the leader of the opposition that I should finish the trust vote today. I want to stick to my word. Let's wrap up the speeches soon."
Jul 22, 2019 16:04 (IST)
Took a year to join Congress: Siddaramaiah
Former Karnataka chief minister Siddaramaiah says: "I did not leave JDS, JDS expelled me. Please speak facts (on claims of Siddaramaiah-JDS rift). I did not join Congress immediately. I took a year to make the decision. Was expelled in 2005, joined Congress in 2006. This is totally different from what is happening today. Don't compare this with what is happening right now."
"This is not the same as showing people money, luring them, giving them the hopes of a ministerial birth - this is against democracy. This is against basic principles of the constitution."
Jul 22, 2019 16:01 (IST)
Each member will speak only for 10 minutes: Speaker
Speaker KR Ramesh Kumar at Vidhana Soudha in Bengaluru, as House resumes, says: "Each member will speak only for 10 minutes. Don't make me say this again and again."
Jul 22, 2019 15:55 (IST)
Speaker will take a call on confidence motion: Siddaramaiah
Senior Congress leader Siddaramaiah says: "If the rebel lawmakers come back then they will be with us. Rebels have told that they are not living comfortably, they could have stayed back here itself. The Speaker will take a call on confidence motion. We have already told that we will prove the confidence in Vidhana Soudha. Case is pending in Supreme Court. We have also filed the petition, most probably tomorrow Supreme Court will hear our plea."
Jul 22, 2019 14:31 (IST)
Karnataka Assembly adjourned till 3:30pm
Jul 22, 2019 14:17 (IST)
BJP to Karnataka Chief Minister HD Kumaraswamy
Jul 22, 2019 13:46 (IST)
If an opinion is created of time being wasted, it won't be right: Speaker
Jul 22, 2019 13:32 (IST)
BJP in a hurry to come to power: DK Shivakumar 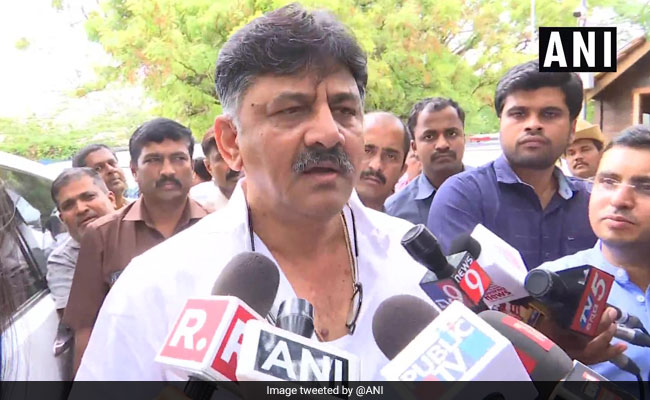 Jul 22, 2019 13:13 (IST)
"Issuing whip is your right. Following them is left to the MLAs. If any complaint comes to me, I will follow rules and take a decision," the Speaker told Congress Legislature Party leader Siddaramaiah who had raised a point of order on the issue of whip in the light of the Supreme Court order last week. 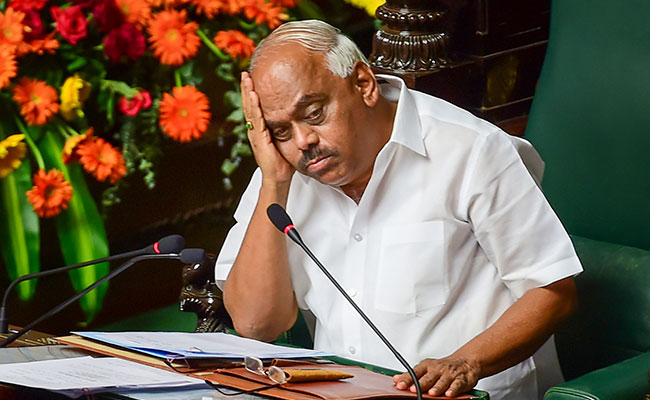 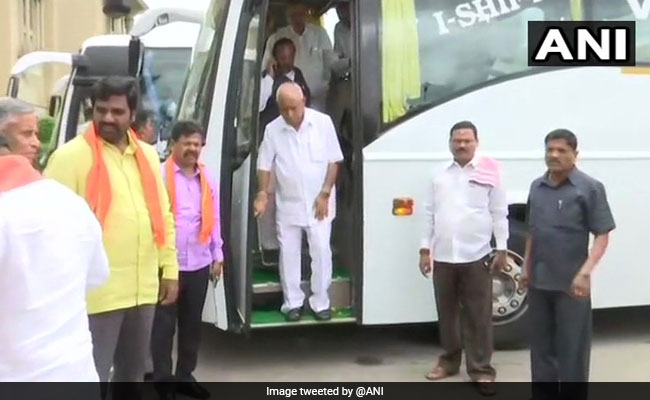 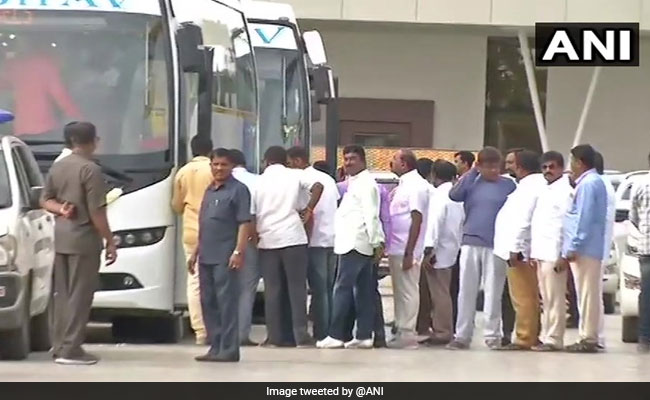 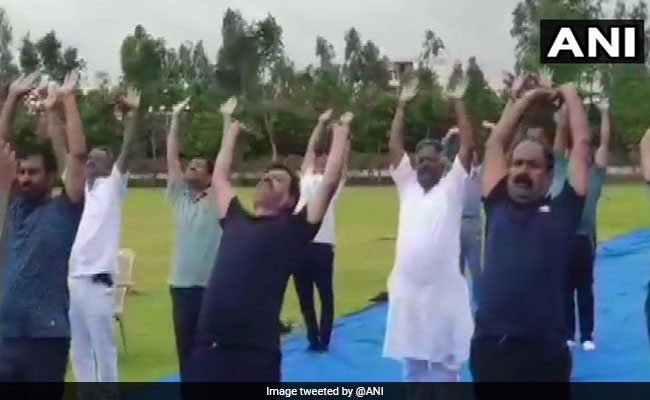 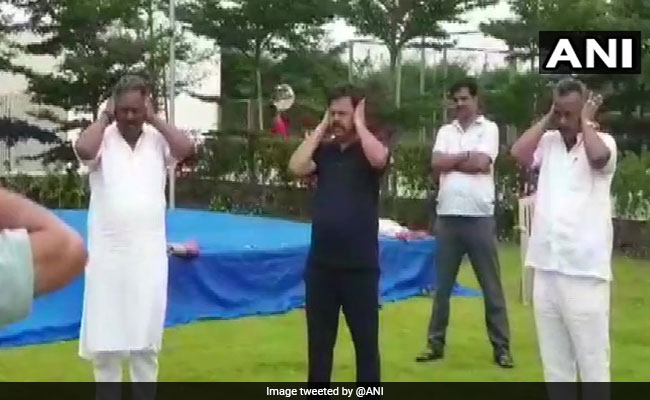