Mr Siddaramaiah boasted about having scripted several national firsts across key sectors through a unique model of development. 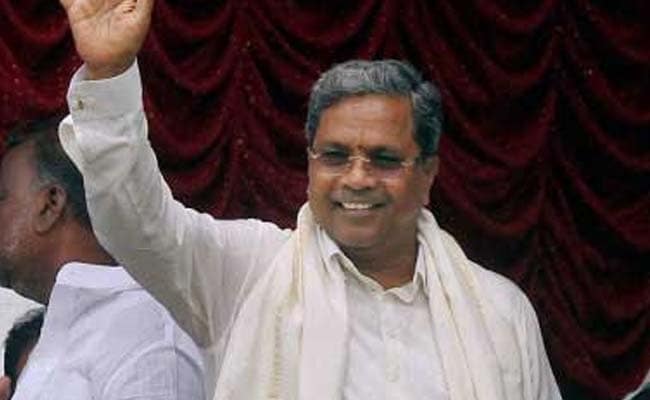 Claiming that Karnataka is the number one state in investment and innovation, and highlighting Bengaluru as a start up and innovation hub, Mr Siddaramaiah boasted about having scripted several national firsts across key sectors through a unique model of development.

"I welcome PM @narendramodi to Namma Karnataka - the no.1 state in investments, innovation & progressive policies..

Through a unique model of development, we have scripted several national firsts across key sectors," Mr Siddaramaiah said in a tweet.

"I am confident that Karnataka's success makes India proud," he said.

"@narendramodi, I am glad you are making time to visit the country's start up & innovation hub, Namma Bengaluru today..On behalf of my people, I urge you to find the time for Karnataka's drinking water needs & help us resolve the #Mahadayi dispute #NammaKarnatakaFirst," he said in another tweet.

"Thanks for the welcome CM @siddaramaiah avare! Yes.

Karnataka has for long been demanding Prime Minister's intervention in resolving the inter state Mahadayi river water sharing dispute by calling a meeting of chief ministers of riparian states that includes Goa and Mahrashtra.

Various Kannada organisations and farmers groups have called for "black day" today alleging that the prime minister was not heeding to their demand.

Their plans earlier to observe bandh today also, on the day of prime minister's visit had failed with the Karnataka High Court on Friday issuing the stay on the shut down after terming it as "unconstitutional".

Karnataka, which has locked horns with neighbouring Goa on sharing Mahadayi River water, is seeking release of 7.56 tmcft water for the Kalasa-Banduri Nala project.

The project is being undertaken to improve drinking water supply to the twin cities of Hubballi-Dharwad and districts of Belagavi and Gadag.

Promoted
Listen to the latest songs, only on JioSaavn.com
It involves building barrages across Kalasa and Banduri, tributaries of Mahadayi River, to divert 7.56 tmc ft water to Malaprabha which meets drinking water needs of the region.

Attempts have been made by Karnataka to amicably solve the issue that is also pending before the Mahadayi Water Disputes Tribunal.