The 19 rebel MLAs would stay in Bengaluru for at least two weeks till an alternative government takes charge in Madhya Pradesh, sources indicated. 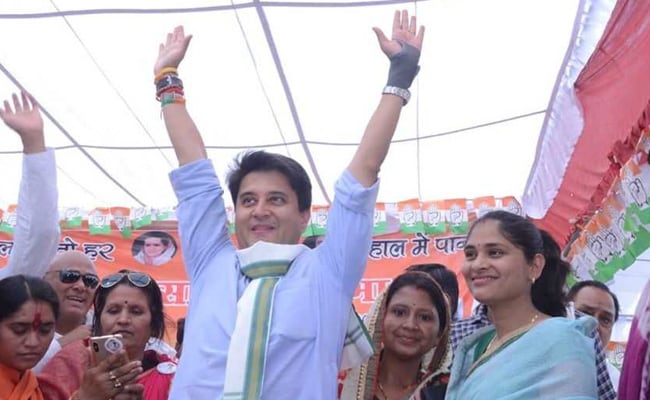 The move by rebel ruling Congress MLAs in Madhya Pradesh to trigger the crisis for the party's government in the state appears to have been in the making for at least close to a month as Karnataka BJP leaders were sounded about hosting them in Bengaluru in advance, sources said.

They also indicated that the 19 rebel MLAs would stay in the city for at least two weeks till an alternative government takes charge in Madhya Pradesh.

A senior Karnataka BJP leader, in charge of the Madhya Pradesh legislators' stay in Bengaluru, received a communication from the party's central leaders about the move nearly 15-20 days ago, the sources involved in the development said on condition of anonymity on Tuesday.

The leader had even gone to New Delhi in the third week of February to meet BJP's central leaders in this regard, they said.

In a massive setback for the Congress, its prominent youth leader Jyotiraditya Scindia quit the party and in a coordinated rebellion on Tuesday 21 MLAs loyal to him resigned in Madhya Pradesh, pushing the 15-month-old Kamal Nath government to the brink of collapse.

As many as 19 Madhya Pradesh MLAs, including six ministers, said to be loyalists of Mr Scindia who appeared set to join BJP, are camping at a resort in Bengaluru. Two of them are women, the sources said.

The MLAs on Tuesday sent their resignation letters via e-mail to Raj Bhavan in Bhopal from Bengaluru.

According to the sources, eight legislators, including an independent, have been staying in the city for about a week now. Of them two - one from Congress and the other an independent MLA - had gone back.

The six were joined by 13 legislators, who landed in the city by a chartered flight on Monday, and all of them are put up in a villa.

The senior Karnataka BJP leader, also an MLA, is looking after their stay and related arrangements on the directions of the party high command, the sources said. Their stay here may be for a couple of weeks.

"There will be a no-confidence motion, and then there will be a trust vote of the new alternative government that will be formed. So they may have to stay here for some time. They may be moved out of their current location," they said.

The Madhya Pradesh legislature session is expected to begin on March 16.

The sources also said the six legislators staying in the city since last week were shifted a couple of times within the city.

Congress in Madhya Pradesh, under the leadership of Kamal Nath, had come to power in December 2018 by ousting the BJP by a narrow margin.