Karan Deol's Grandfather Dharmendra Has The Sweetest Wish For Him

Dharmendra on Karan Deol's debut: "He has confidence and I want him to fly with his confidence" 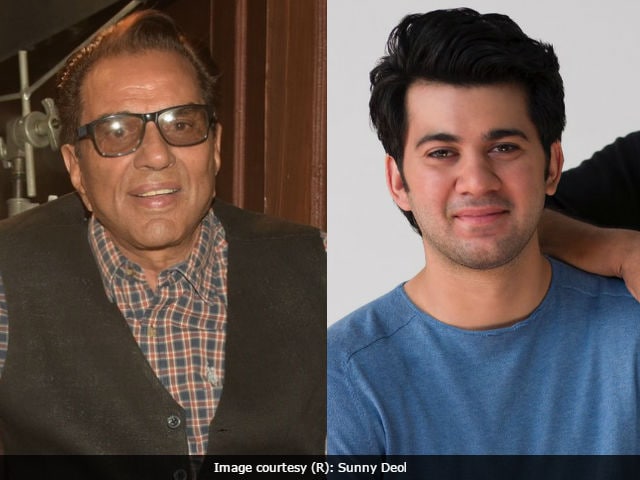 New Delhi: Dharmendra has the sweetest welcome wish for his grandson Karan Deol, who is all set for his Bollywood debut with Pal Pal Dil Ke Paas. Dharmendra told news agency IANS that Karan, who is actor Sunny Deol's son, is very confident and the proud grandfather wants him to remain like that. "He has confidence and I want him to fly with his confidence. I wish he gets successful in his career and life," Dharmendra told IANS. Interestingly, the title of Karan's debut film is borrowed from Dharmendra's song in Blackmail. On Twitter, actors Rishi Kapoor, Shah Rukh Khan and Salman Khan congratulated Karan for his debut film and welcomed him to Bollywood.

All the best papa. He looks as tough and gentle as you. May all good things come his way. https://t.co/75DVSGC8J0

Dharmendra was speaking at an event to launch Anil Sharma's son Utkarsh's debut film Genius. Anil Sharma has collaborated with Dharmendra on Apne and has directed Sunny Deol's Gadar and Singh Saab The Great.

Of Utkarsh's debut, Dharmendra said: "I congratulate Utkarsh for making his debut through this film (Genius). The only advice I want to give him is to be humble, work hard in this journey and never get affected by fame. Try to get place in the hearts of people just the way I did."