Kapil Sharma's Show Gets More Time, Thanks To Salman Khan (Sort Of) 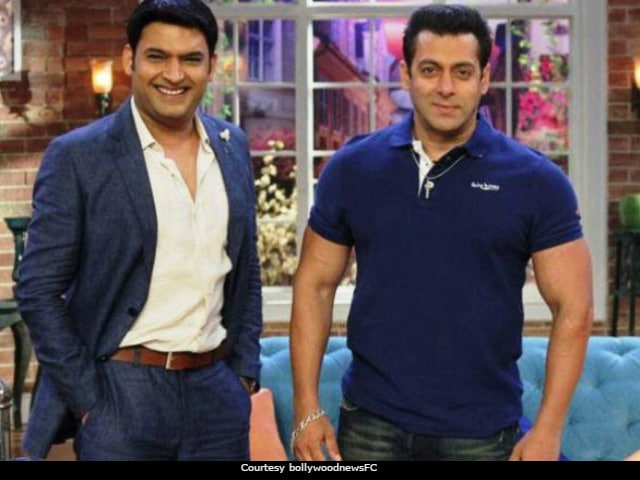 Kapil Sharma and Salman Khan on the sets of The Kapil Sharma Show (Courtesy: BollywoodNewsFC)

New Delhi: Comedian Kapil Sharma's embattled show has reportedly got an extension of two months from the channel after it was reported that it will be replaced by Salman Khan's Dus Ka Dum. mid-day reports that The Kapil Sharma Show got the extension as Dus Ka Dum has been postponed for a while. "Salman has already started shooting for Tiger Zinda Hai. So, the makers of Dus Ka Dum have pushed it to January 2018. That's how the channel could allow Kapil more time to run his show," said a source. Following Sunil Grover's exit, the TRPs of the show crashed hugely. Sunil quit the show after his fight with Kapil Sharma, who is allegedly accused of hitting his co-star with a shoe on a flight from Australia to Mumbai.

"Last week's TRPs went up to nearly four million impressions from 3.4 million the week before. At its peak, the show garnered an average six million impressions. The recent Arjun Kapoor-Shraddha Kapoor episode evoked a positive response. We will have to wait and watch for at least a fortnight if the upward trend continues. We can't write Kapil's show off just yet," Industry observer Anil Wanvari told mid-day.

After Sunil Grover quit, his co-stars of The Kapil Sharma Show like Chandan Prabhakar and Kiku Sharda, also took an exit. Later, ace comedian Raju Srivastava was casted in.

Promoted
Listen to the latest songs, only on JioSaavn.com
A few months ago, The Kapil Sharma Show, was accused of plagiarism by stand-up comedian Abijit Ganguly. In a Facebook post, Abhijit Ganguly alleged that a particular segment of Kiku Sharda's act on the show was 'lifted' from his script. However, Kiku Sharda denied the allegations.