Speaking at the function where PM Narendra Modi unveiled various road and rail projects, K Palaniswami said: "I request Prime Minister to establish a naval station at Kanyakumari for ensuring the safety and security of our fishermen at sea." 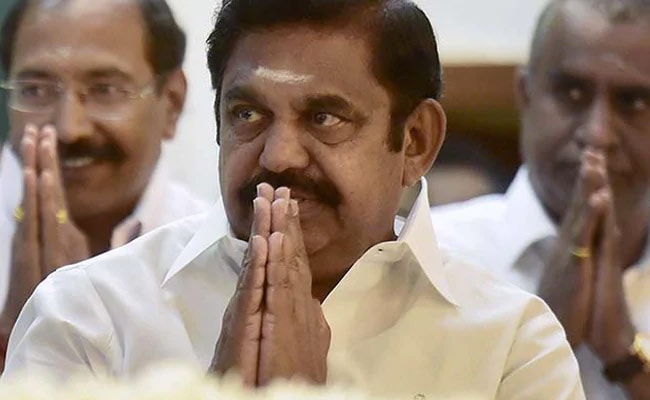 Both Mr Palaniswami and Deputy Chief Minister O Panneerselvam were full of praise for PM Modi.

Speaking at the function where PM Modi unveiled various road and rail projects, Mr Palaniswami said: "I request Prime Minister to establish a naval station at Kanyakumari for ensuring the safety and security of our fishermen at sea."

The Chief Minister praised PM Modi for his actions against terrorism.

"The Prime Minister was not only leading the country for the past five years but is also the protector of the nation today. The entire nation is behind him and so is Tamil Nadu," Mr Palaniswami said.

On his part, Deputy Chief Minister O Panneerselvam said: "From Kashmir to Kanyakumari India is one", is a statement which is repeated often. Today there is a need to clearly demonstrate this. The country, under the strong and steadfast leadership of Prime Minister Narendra Modiji is battling external threats in a bold and decisive manner."

The action taken by PM Modi instills fear in the nations that plan to attack India and is also a warning bell to those countries that support terrorism, Mr Panneerselvam said.

The ruling All India Anna Dravida Munnetra Kazhagam in Tamil Nadu has entered into an electoral pact with the BJP for the Lok Sabha polls.