Kanpur Encounter: Vikas Dubey, who was alerted to the raid allegedly by the police inspector in charge of the area, organized an ambush. 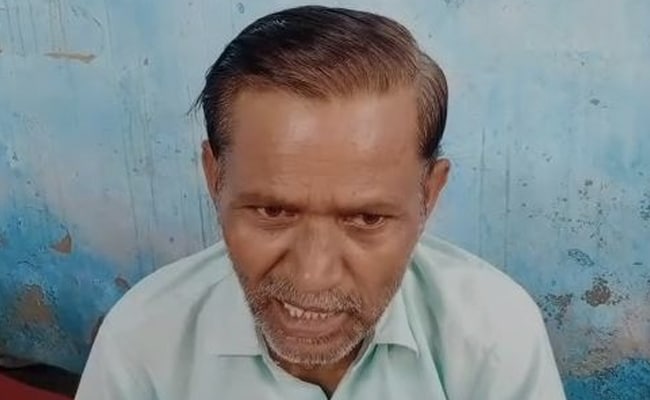 Teerath Pal's son Jeetendra was among the eight cops killed in Kanpur encounter.

Hours after the arrest of Uttar Pradesh gangster Vikas Dubey, the father of one of the eight policemen he killed last week said the cops who helped him escape were the bigger criminals.

"Even before Vikas Dubey, I demand action against the traitors in the police force who were helping him, who betrayed their own and stabbed their colleagues in the back," said Teerath Pal, the father of UP constable Jeetendra.

Jeetendra was in the 50-strong police team that approached Vikas Dubey's village in Kanpur before daybreak on Friday to arrest the wanted criminal.

Dubey, who was alerted to the raid allegedly by the police inspector in charge of the area, organized an ambush. He and his men, armed with AK-47s, started firing indiscriminately as soon as the policemen entered the village. 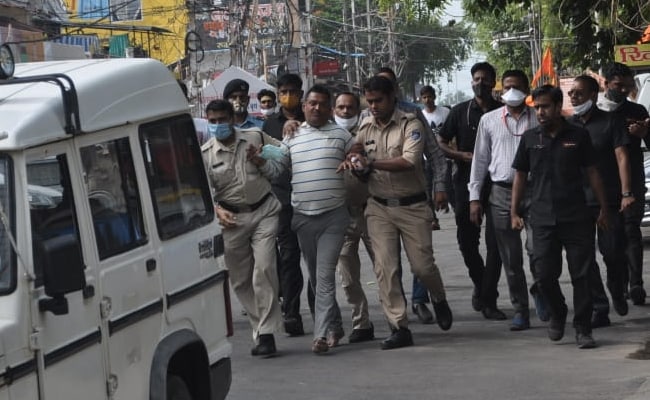 Jeetendra was among the eight cops killed instantly. Dubey escaped after the massacre.

Vinay Tewari, the inspector in charge of the Chaubeypur police station, was arrested on suspicion that he tipped off Dubey about the raid. He is accused of shielding the gangster for a long time, often diluting charges to help him escape the law. One more policeman was arrested and two have been suspended.

Over 60 policemen at the station were shunted out.

"Yes, policemen have been arrested and suspended but everyone will get bail and it will be back to business for them," said Teerath Pal.

He questioned how the police failed to catch Dubey before this morning, when he was sighted at the famous Mahakal temple in Ujjain, Madhya Pradesh, far from the places where the UP police were searching him.

"He shouted that he was Vikas Dubey, Kaanpurwala, and then the police claim credit for arresting him. Police did not see him going into temple, why," Teerath Pal asked.