The CPI leader said people of the country should not cooperate with the Centre and "oppose their divisive policies". 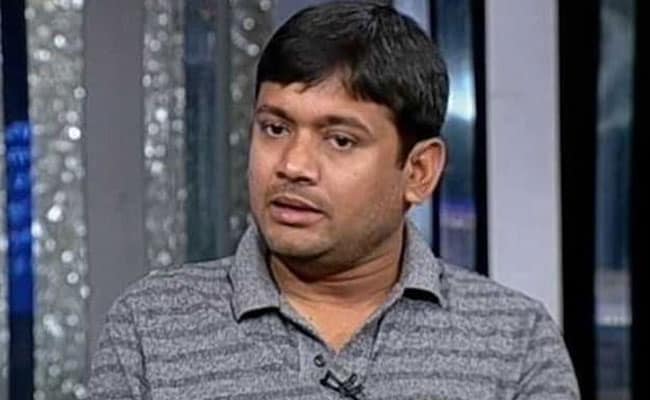 Describing the Citizenship (Amendment) Bill and National Register of Citizens (NRC) as ploys to divert attention from "failures" of the Modi government, CPI leader Kanhaiya Kumar slammed the Centre on Monday, saying it is trying to change the Constitution.

Mr Kumar, who was in Kolkata to address a rally against the NRC, said people of the country should not cooperate with the Centre and "oppose their divisive policies".

"The NRC and CAB are against the basic principles of our constitution, where secularism has been enshrined. The BJP government is trying to change our Constitution," he said.

"If the people of this country launch non-cooperation, then it would be tough for BJP to run the government," Kanhaiya Kumar added.

Members of Hindu, Sikh, Buddhist, Jain, Parsi and Christian communities, who come from Afghanistan, Bangladesh or Pakistan facing persecution there, will not be treated as illegal immigrants but given Indian citizenship when the proposed amendments to the decades old Citizenship Act come into effect.

According to the Citizenship (Amendment) Bill, 2019, the new law, however, will not be applicable in the Inner Line Permit (ILP) regime areas and those tribal regions which are governed under the Sixth Schedule of the Constitution.

"The NRC and the CAB are desperate efforts by the BJP government to divert attention from its failures at all fronts, be it economic or agricultural," Mr Kumar said.

"In 2014, we were promised of Rs 15 lakhs in bank accounts, bringing back black money, and "Acche Din" (good days), but now all the promises have fallen flat. So they are using the NRC and CAB issue to divert attention," he said.