Why are Tamils who are subjected to a methodic genocide and Muslims facing discrimination excluded from the bill, questions Makkal Needhi Maiam founder Kamal Haasan. 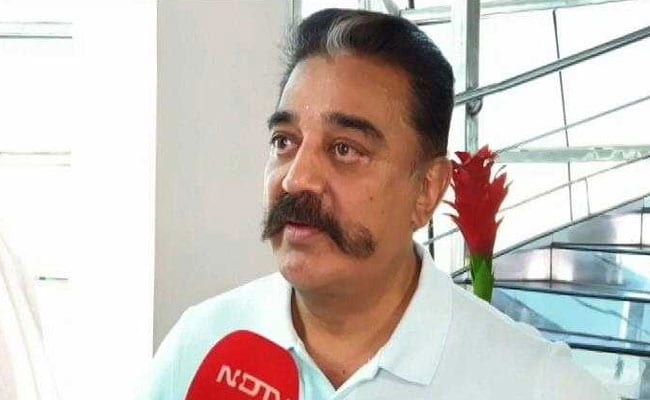 Makkal Needhi Maiam founder Kamal Haasan on Tuesday wondered why Sri Lankan Tamils and Muslims were left out of the ambit of the Citizenship (Amendment) Bill if it was a "genuinely benevolent" legislation.

"Why are Tamils who are subjected to a methodic genocide and Muslims facing discrimination, be excluded from the bill? If it's a genuinely benevolent bill and not a vote garnering exercise, then why won't this CAB stop to pick up stranded Tamils and troubled Muslims of Sri Lanka?" he said in a tweet.

Earlier in the day, spiritual guru Ravi Shankar and lyricist Vairamuthu had batted for providing citizenship to Lankan refugees staying in the country for over three decades.

Lok Sabha passed the Citizenship (Amendment) Bill on Monday. It will be tabled in Rajya Sabha for its consideration on Wednesday.

According to the proposed legislation, members of Hindu, Sikh, Buddhist, Jain, Parsi and Christian communities, who came to India from Pakistan, Bangladesh and Afghanistan by December 31, 2014 and faced religious persecution in those countries, will not be treated as illegal immigrants and given Indian citizenship.

Tamil Nadu has a significant number of Sri Lankan Tamils living in various parts of the state, including in government camps. Many of them had fled Sri Lanka during the ethnic strife in the 1980s.