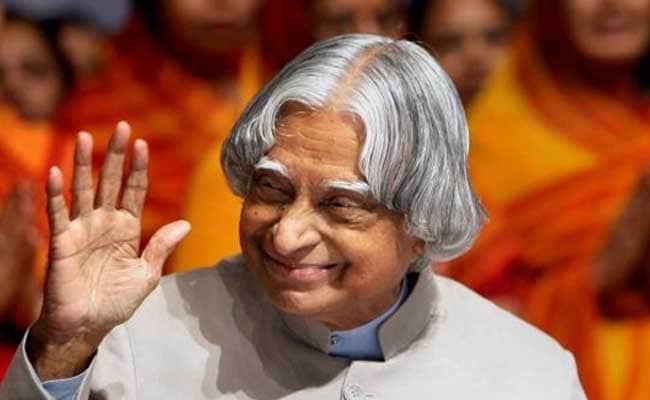 New Delhi: The foundation stone for a national memorial of APJ Abdul Kalam will be laid in Rameswaram in Tamil Nadu today to mark the first death anniversary of the former president.

The Defence Ministry has planned a host of events, including the foundation stone-laying for a national memorial of Dr Kalam, unveiling his life-size statue and a 3-D model of the memorial.

An exhibition named "Mission of Life" depicting the life of Dr Kalam and his achievements towards nation building will also be inaugurated.

The Minister for Urban Development and Information and Broadcasting M Venkaiah Naidu and Defence Minister Manohar Parrikar will unveil the statue and the memorial model, in the presence of a host of dignitaries.