Singed By Gorakhpur Misstep, Congress To Sit Out This UP Bypoll Contest 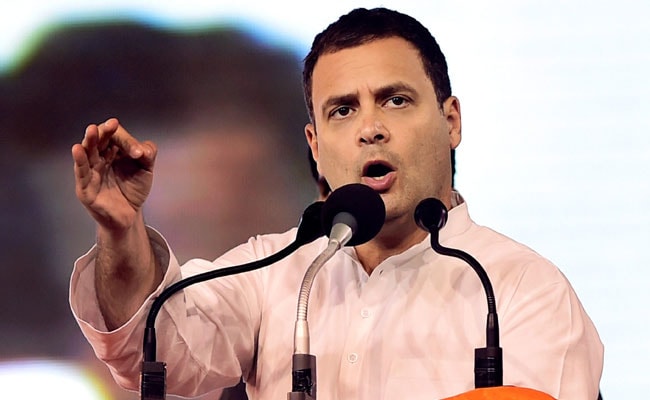 LUCKNOW: The Congress isn't going to field candidates for the Kairana Lok Sabha and Noorpur assembly bypolls in Uttar Pradesh later this month, a gesture that the party says it hopes would improve the chances of the opposition's grand alliance to trump the BJP in these two seats.

A last-minute alliance between Akhilesh Yadav's Samajwadi Party and Mayawati's Bahujan Samajwadi Party had cost the BJP two places in Lok Sabha including the Gorakhpur seat that had been occupied by Chief Minister Yogi Adityanath for nearly two decades. The spectacular victory raised hopes in the opposition camp that they could defeat the BJP in the 2019 elections if they played their cards well.

This week, BSP chief Mayawati confirmed to NDTV that her alliance with Akhilesh Yadav would hold good for next year's general elections but underlined that the details of the pact would be worked out closer to the date.

A Congress leader said the party had decided against contesting the bypolls slated for 28 May, though the party did have a considerable base in some pockets.

The Congress isn't formally part of this pact in Uttar Pradesh yet. Back in March, it had fielded candidates in Gorakhpur and Phulpur elections where local BSP and SP leaders came up with the idea of a tie-up.

The Congress's central leadership was inclined to pull out of the by-elections but did not go that far because it didn't want to antagonise its local leaders and it was too late to withdraw. The Congress candidates ended up with a humiliating 2 per cent vote share, a fraction of what it got at the peak of the Modi super wave of 2014.

Congress boss Rahul Gandhi, who was once seen as a critic of pre-poll alliances since they weaken the party organisation, has in recent years had a change of heart.

Promoted
Listen to the latest songs, only on JioSaavn.com
Of late, he has become such a strong advocate of opposition unity that went so far as to prophesise in Bengaluru recently that PM Narendra Modi could lose the 2019 elections because "opposition unity" has crossed the threshold needed to defeat the BJP-led national coalition.

The outcome in Kairana is seen as a good indicator of how potent this template of opposition unity is. In the 2014 elections, the BJP's Hukum Singh had secured 50.5 per cent, much more than all candidates put together. But opposition leaders suggest a common candidate seen to a match for the BJP could help consolidate their supporters and ensure that they turn up for voting.

"Charanjit Channi Should Get To Bat After Tea Break Also": Actor Sonu Sood