Kairana By-Polls: All You Need To Know

The Kairana by-election is being held after the death of BJP leader Hukum Singh who, in 2014, got more votes than all other candidates put together. 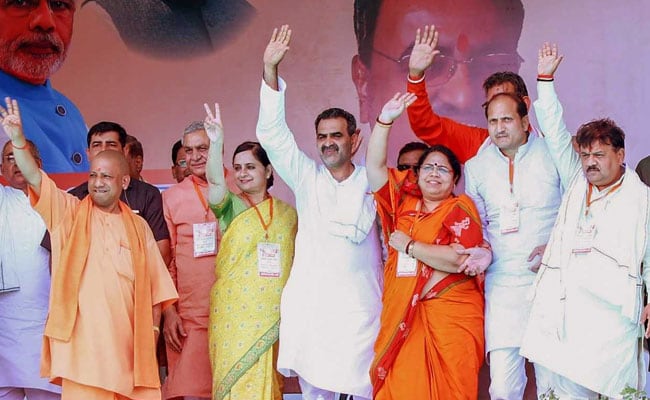 Apart from Kairana, assembly by-polls will also be held in Noorpur constituency of Uttar Pradesh.

New Delhi: With Lok Sabha by-polls to be held in Kairana constituency in the politically crucial state of Uttar Pradesh tomorrow, opposition parties have come together to defeat the ruling BJP, hoping to gain momentum ahead of the 2019 national election. While the by-election provides opposition parties a crucial chance to prove their unity, it also gives the BJP a chance to reassert its dominance in Western UP. The Kairana by-election is being held after the death of BJP leader Hukum Singh who, in 2014, got more votes than all other candidates put together. His daughter, Mriganka Singh is will be contesting the by-poll on a BJP ticket.

Ms Singh will contest against Rashtriya Lok Dal's Begum Tabassum Hasan, who is being backed by Akhilesh Yadav's Samajwadi Party, the Congress and Nishad Party. While Mayawati's Bahujan Samaj Party or BSP is supporting the RLD candidate, the party has not made it official.

Tabassum Hasan joined politics after the death of her husband in a road accident in 2008. In 2009, she was elected to parliament as a BSP lawmaker. She later joined the Samajwadi Party and eventually, the RLD.

Poll results will be declared three days later, and the opposition hopes to replicate the success of Gorakhpur and Phulpur - where the Samajwadi Party joined hands with its rival Bahujan Samaj Party to defeat the ruling BJP, clinching the former seat of UP Chief Minister Yogi Adityanath.

Last week, the opposition received a big boost when Tabassum Hasan's brother-in-law, Kanwar Hasan -- contesting as an independent candidate -- dropped out, eliminating the risk of dividing the Muslim votes.  Muslims, Jats and Dalit form a significant part of the electorate in a constituency with nearly 17 lakh voters.

Jats are the core supporters of the Rashtriya Janata Dal. By fielding a Muslim candidate, the party as well as the opposition hopes to unite its Jat base, which shifted loyalties to the BJP after Muzaffarnagar riots in 2013, with Muslim voters.

The Kairana bypolls will be seen as a test for the Opposition unity, which was recently seen at the swearing-in ceremony of Janata Dal Secular's HD Kumaraswamy in Bengaluru. Nearly 23 top opposition leaders were seen sharing the stage.

Hoping to retain the seat, the BJP has led a fierce campaign in Kairana, with both Chief Minister Yogi Adityanath and his deputy addressing rallies in Saharanpur and Shamli. Several ministers in Yogi Adityanath's cabinet were also asked to campaign for the party in the run-up to the by-polls.

Promoted
Listen to the latest songs, only on JioSaavn.com
The reported exodus of Hindus from Kairana in 2016 has also emerged as a contentious issue, with the RLD leader rejecting claims of exodus, dismissing it as propaganda. BJP's Mriganka Singh has said that though hundreds of Hindus fled from the Kairana before the 2017 assembly election in UP, it has stopped now.