Kairana By-Poll: Opposition Gets Big Boost As A Candidate Drops Out 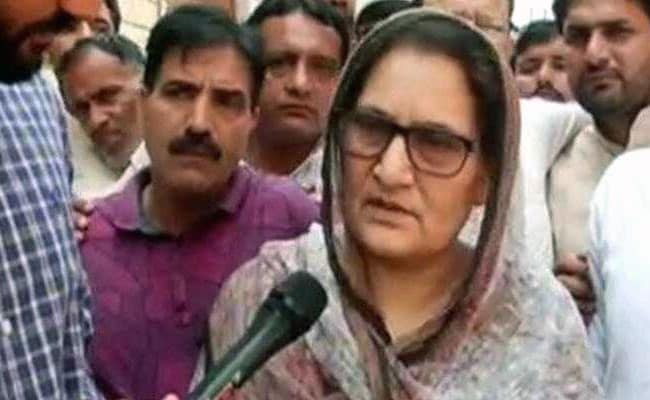 Kairana By-poll: Tabassum Hasan, a former BSP lawmaker, joined the Samajwadi Party and then the RLD

Kairana, Uttar Pradesh: The day after a show of unity in Karnataka, the opposition received encouraging news in Kairana in BJP-ruled Uttar Pradesh, where Lok Sabha by-elections will be held on Monday. Begum Tabassum Hasan, the candidate backed by several opposition parties against the BJP, has clinched the support of her brother-in-law, who was contesting as an independent and could have eaten into her votes.

Kanwar Hasan dropped out of the race today and announced that he was with 48-year-old Tabassum Hasan, the Rashtriya Lok Dal (RLD) candidate backed by Akhilesh Yadav's Samajwadi Party, the Congress and Nishad Party. Mayawati's Bahujan Samaj Party (BSP) is supporting her too, though the party has not made it official.

Kanwar Hasan would have divided the Muslim votes - five lakh out of Kairana's 16 lakh are Muslim - weakening the united opposition candidate. But his exit could make it a tough fight for the BJP's Mriganka Singh, 57. The by-poll is being held after the death of Mriganka Singh's father Hukum Singh of the BJP, who won more than every other candidate put together in 2014.

At Tabassum Hasan's election office in Shamli, it is clear that she is much more than the RLD nominee. Flags of the Congress, Samajwadi and BSP have been put up at the office, not far from Muzzafarnagar, which remains scarred by riots in which over 60 were killed and thousands left homeless in 2013.

Tabassum Hasan was elected to parliament in 2009 as a BSP lawmaker. She joined the Samajwadi Party before ending up in RLD. Her office also has a portrait of her husband Munnawar Hasan, who had represented Kairana both in the state assembly and the Lok Sabha. He died in a road accident in 2008.

The opposition believes it can replicate in Kairana the success of by-polls in Gorakhpur and Phulpur - two BJP seats that went to the Samajwadi Party, which collaborated with long-time rival Mayawati's party to defeat Chief Minister Yogi Adityanath in his home base Gorakhpur.

Barely a kilometre from her office is that of her BJP rival Mriganka Singh, with the obvious signs like photographs of Prime Minister Narendra Modi and BJP president Amit Shah.

The BJP has a lot invested in Kairana and its state leaders have made it clear with their relentless campaigning.

Promoted
Listen to the latest songs, only on JioSaavn.com
Assembly bypolls will also be held in Noorpur, which fell vacant after the death of BJP lawmaker Lokendra Singh Chauhan.

Yesterday, a galaxy of opposition leaders gathered in Bengaluru for the swearing-in ceremony of Janata Dal Secular's HD Kumaraswamy. The oath ceremony formed the setting for an outsized display of opposition unity against the BJP ahead of the 2019 national election.