Kailash Satyarthi's foundation for children launched a campaign against child trafficking in Bihar. 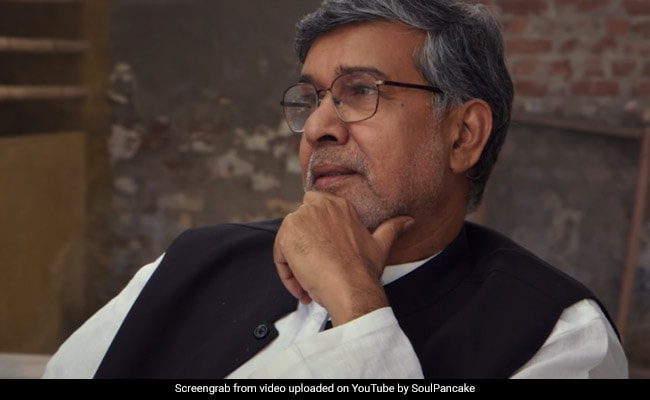 A campaign against child trafficking was launched in Bihar on Tuesday by the foundation of child rights activist and Nobel laureate, Kailash Satyarthi. The foundation claimed that the state was among the worst affected by the migrant crisis when lockdown was first announced. 'Mukti Caravan', a campaign. which has been running in various parts of the country for many years, was launched digitally in Bihar over a webinar hosted by Kailash Satyarthi Children's Foundation (KSCF).

It was attended by senior officials of the state and members of the legislature, among others. The foundation has roped in 50 youths, who were rescued from child traffickers, for an intensive door-to-door drive in districts, which have been particularly notorious for the menace. Addressing the webinar, KSCF Executive Director (Campaign) Bidhan Chandra Singh said, "The drive will focus on ten districts in the state's northern and north-eastern parts. Our activists shall be covering 10,000 villages, reaching out to 10 lakh people, with a view to galvanize at least 2,000 young volunteers who would join the cause." Bihar has of late shown a rising trend of child trafficking incidents, Mr Singh said.

Being at the third spot, after Rajasthan and Karnataka, in 2017 when it had reported 395 cases, the state jumped to the top a year later when it accounted for 539 instances of child trafficking. "A study conducted by the KSCF also found that 54 per cent of the total number of child labourers rescued by the Bachpan Bachao Andolan in Delhi were from Bihar. The state is once again in a vulnerable position as millions of migrant workers have returned home during the lockdown, which is bound to have socio-economic consequences," Mr Singh said.

Pramila Kumar Prajapati, the chairperson of the State Commission for Protecting Children's Rights (SCPCR), said, "In this time of crisis, child traffickers have been very active and trying to lure children from the poorest of families. I am trying to reach out to parents of such children and make them understand the perils of falling in the trap."

Addressing the webinar, N Vijayalakshmi, principal secretary, animal husbandry department, said she had recently met Mr Satyarthi and discussed in detail the issues of child labour and child trafficking.
Praising the launch of the 'Mukti Caravan' campaign, in Bihar, she said, "A lot of work has been done but a lot more remains to be done. Until we do not reduce poverty, illiteracy and unemployment among the parents, we cannot strike at the root of the problem."

State Legal Services Authority (SLSA) secretary, Sunil Dutt Mishra said, "We wish to create an efficient system based on better coordination between SCPCR, SLSA, non-profit groups and the police for eradication of child labour. We hope 'Mukti Caravan' will be an important milestone in this direction." Others, who took part in the webinar were Congress MLA Shakeel Ahmed Khan and JD(U)'s Ranju Geeta, who represent constituencies in Katihar and Sitamarhi. It was also attended by the chairperson of the State Disaster Management Authority and the executive director of Bachpan Bachao Andolan.