Justice Dinesh Maheshwari, the Chief Justice of the Karnataka High Court, and Justice Sanjiv Khanna of the Delhi High Court were elevated to the Supreme Court on Wednesday amid questions over the appointments by the legal fraternity. The recommendation by the Supreme Court collegium was signed off this evening by President Ram Nath Kovind and the two judges are likely to take oath on Friday. Justice Khanna is likely to be the Chief Justice of India in 2024.

The controversy over the collegium's recommendation arose as the judges, especially Justice Khanna, is much lower in the judicial hierarchy. Many pointed out that their appointment will be unfair to the judges senior to them, including Justice Pradeep Nandrajog, who happened to be the collegium's initial choice.

But that decision was changed in January, with the collegium sending the names of Justice Maheshwari and Justice Khanna to the government instead. A section in the legal fraternity expressed reservations about the decision, with many saying the lack of transparency can erode people's faith in the judiciary.

Former Chief Justice of India RM Lodha said the collegium "should act in a transparent manner". "A junior judge was superseded to the Supreme Court, it surprises me," he added. 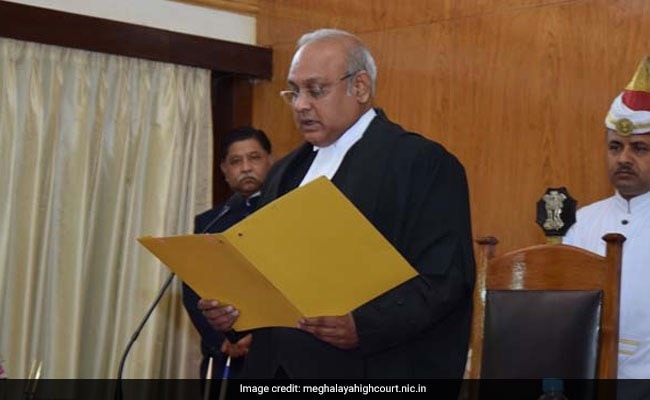 Justice Dinesh Maheshwari (above), the Chief Justice of the Karnataka High Court, and Justice Sanjiv Khanna of the Delhi High Court have been elevated to the Supreme Court (File)

Former attorney General Soli Sorabjee admitted he was "upset" over the decision.

Pointing out that the constitution has made the judiciary "accountable to the public", the Bar Council of India said they could hold protests if the two judges are appointed.

"Our delegation will go and meet the collegium to ask them to reconsider and recall this decision. If they don't do it, we'll go and sit on a dharna," Bar Council chairman MK Mishra was quoted as saying by news agency ANI.

Justice SK Kaul, a sitting judge of the top court has already expressed his reservations in writing to Chief Justice Gogoi. Former judge of the Delhi High Court, Kailash Gambhir, has also written to the President, calling the out-of-turn elevation of the judges "appalling" and "outrageous".

Less than two months ago, Justice Maheshwari was superseded during the appointment of Justice Ajay Rastogi. Pointing it out in his letter, Justice Gambhir wrote, "Now out of the blue, he becomes more deserving and suitable within such a short gap".

Top sources in the judiciary, however, told NDTV that seniority is not the only criterion when judges of the top court are chosen. Also, "there are a number of instances where junior judges have been elevated to the top court," the sources added.

The decision on Pradeep Nandrajog and Rajendra Menon were not final, the sources further added. The collegium changed its mind after receiving some material against one of the judges. On several many occasions earlier too, the collegium had changed its decision before informing the government, the sources said.