With 500 Soldiers On Guard, China Expands Road In Doklam

Thwarted in its last attempt, China has now shifted its unused road construction material North and East of the Doklam face-off site.

Barely 10 km from the location of the Doklam stand-off, China is expanding an existing track

New Delhi: Barely a month after the winding down of an aggressive stand-off with India at the Sikkim border, the Chinese army is back to building a road on the Doklam Plateau, just 10 km from the location of the last conflict. The Doklam Plateau is claimed by both Beijing and Bhutan as their territory. India backs Bhutan's claim. 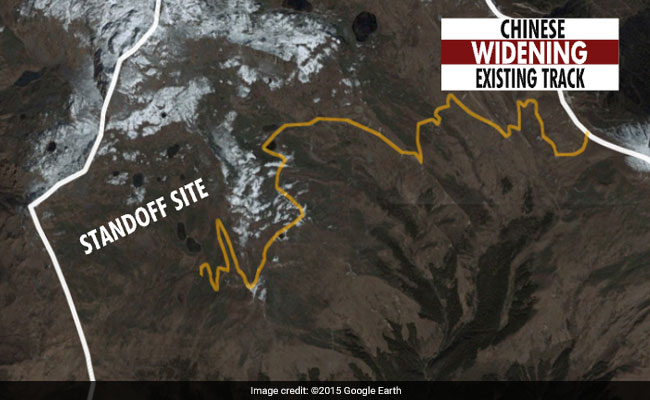 In mid-June, Indian soldiers crossed the Sikkim border to stop the construction of a Chinese road near the "Chicken's Neck", a thin strip that links India to its northeastern states. After nearly 70 days of soldiers from both sides staring down at each other just 150 metres apart, the conflict, described as the worst in decades, subsided with both countries accepting that they were withdrawing their troops, though details were sketchy.China pulled back its bulldozers and other road-making equipment, said officials in Delhi at the time. Chinese officers said the weather would be among the factors that would determine its plans for construction.

Now, barely 10 kilometres from the location of the stand-off, China is expanding an existing track, reinforcing its claim to the disputed and remote Doklam Plateau. India backs Bhutan's claim to the region and has made it clear that it will not tolerate any infrastructure that would allow China access to the Chicken's Neck, located just south of Doklam.

Thwarted in its last attempt, China has now shifted its unused road construction material North and East of the face-off site. Road construction workers brought into the area are accompanied by upto 500 soldiers though there are no indicators that these soldiers will be permanently based in the area - the Chinese town of Yatung, which is less than 20 km away as the crow flies, is a few hours by road and accommodates them. Neither are there signs of permanent structures to accommodate Chinese soldiers in the area which is snow-bound and bitterly cold in the winter.

Promoted
Listen to the latest songs, only on JioSaavn.com
Army officers NDTV has spoken to believe that the new road construction is meant to be a strong signal of Beijing's intent to prove its territorial claims. A month ago, Army Chief Bipin Rawat had warned, "As far as the Northern adversary is concerned, flexing of muscles has started. Salami slicing, taking over territory in a very gradual manner, testing our limits or threshold is something we have to be wary about. Remain prepared for situations that are emerging gradually into conflict." 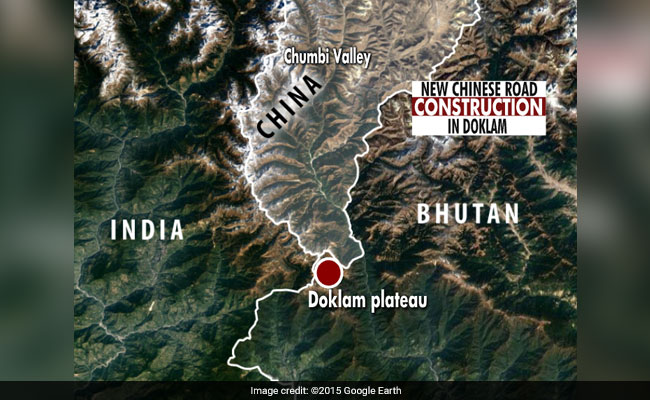 Construction in the same area that India holds highly sensitive

It is likely that the Army Chief was referring to these renewed Chinese efforts despite the de-escalation of the Doklam crisis which paved the way for the Prime Minister to travel to Xiamen for the BRICS summit last month.

Sources have told NDTV that fresh Chinese road construction activity in the area began shortly after India and China chose to deescalate tensions on August 28. On August 18, the Indian Army, which dominates the area, moved into the Doklam Plateau from their base at the nearby Doka La (pass) and physically prevented the Chinese from stretching the track. China's goal had been to extend the track south across the Torso Nallah to the Jhamperi Ridge, a dominant feature in the area where the Bhutanese Army has a base.