July GST In Sight, Next Challenge Is A Smooth Migration 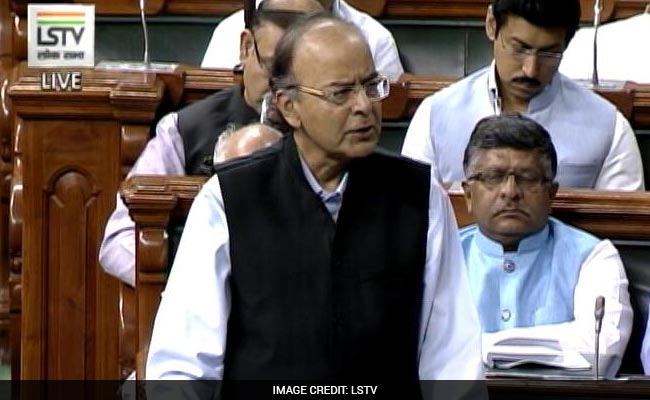 New Delhi: India moved another step closer to the launch of a nation-wide sales tax regime when the lower house of parliament approved supporting legislation on Wednesday night.

The development will boost confidence that the wide-ranging tax reform -- which was proposed a decade ago and since then has been refined to win bipartisan support under Prime Minister Narendra Modi -- will meet the government's latest target of July 1.

The four bills supporting India's most significant economic reform since the 1990s will now go to the upper house, where they're not expected to face any obstacles as the chamber cannot reject or amend provisions. The lower house passed the provisions as a "money bill."

Besides the parliamentary endorsement of this legislation, another bill must be approved by each of India's state assemblies before the tax regime is implemented.

The goods and services tax, or GST, will replace more than a dozen levies that divide the world's fastest-growing big economy, uniting India for the first time in a common market with more than 1 billion consumers. It adds to the appeal of a nation that Goldman Sachs Group Inc. last year called "one of the world's most compelling" consumer stories for the next two decades.

"We have witnessed history in the making in parliament," Finance Minister Arun Jaitley told reporters soon after the legislation passed. "We are working to meet the deadline." PM Modi tweeted on Wednesday evening to congratulate Indians over the passage of the bills.

The passage of supporting legislation through India's state and territory legislatures should be a "relatively seamless process," wrote Shailesh Kumar and Sasha Riser-Kositsky, Asia analysts at the political risk firm Eurasia Group. "Advancement of this key reform by Prime Minister Narendra Modi's government will substantially simplify the nation's tax code and improve business conditions," they wrote.

The mood in parliament was upbeat despite some criticism from lawmakers. Some opposition parliamentarians cautioned the government about the challenges of implementing the tax reform.

The GST bills have defects that will lead to a "technological nightmare", increase the cost of compliance and administrative complexity, and discourage companies because of a "draconian" anti-profiteering clause, said M. Veerappa Moily, a lawmaker of the main opposition Congress party, which initially proposed the tax in 2006 when it held power.

"One nation-one tax -- it's only a myth," Moily said, referring to the multiple tax slabs under the proposal. "Intentions are very good. But ultimately we are landing this country in areas of tax distortion and that can be anarchy."

The GST Council, which consists of federal and state officials, will frame new rules including which goods will be taxed at what rate. Jaitley said the process will start next month and the rates will depend upon whether the commodity is used by a common person or a wealthier consumer.

"It is not going to be a bed of roses -- the country needs to ready for immense chaos in the months after GST is implemented," said Arvind Datar, a senior lawyer at the Madras High Court. "Just as demonetization created paralysis in the country, GST will create its own chaos."

The challenge now is how smoothly India is able to migrate to a system where all goods and services are taxed at the point of consumption rather than production.

"It's a massive tax change, administrative change at the center and the states, lots of procedures, processes, new forms, so there's a huge implementation challenge," Arvind Subramanian, PM Modi's chief economic adviser, said Wednesday in a Bloomberg Television interview. "But I think that's going to be a temporary thing. Initially there's going to be bumps on the road."


(Except for the headline, this story has not been edited by NDTV staff and is published from a syndicated feed.)
Comments
GSTNarendra Modi

Mamata Banerjee Appeals To Everyone To Maintain Peace Amid Delhi Violence