Juhi Chawla has petitioned the court against 5G on the grounds that it could have serious, irreversible effects on people and cause permanent damage to the environment. 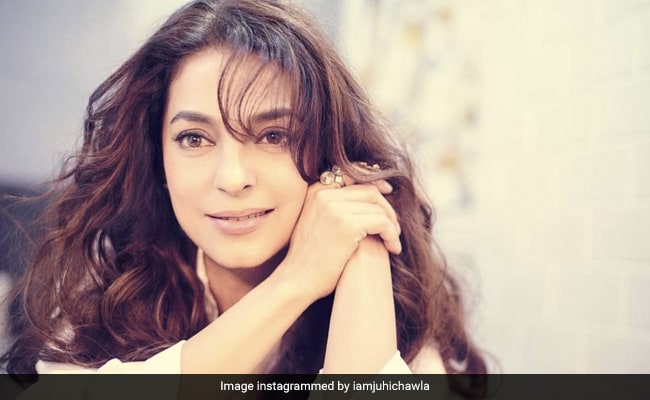 Juhi Chawla had shared the link for the hearing on Twitter and Instagram, inviting people to join in

The Delhi High Court's virtual hearing today on Juhi Chawla's challenge to the rollout of 5G in the country was repeatedly interrupted today by rogue singers after the actor shared a link of the court hearing on social media, urging people to join.

Juhi Chawla, who was a top Bollywood star in the 1990s, has petitioned the court against 5G on the grounds that it could have serious, irreversible effects on people and cause permanent damage to the environment.

Justice JR Midha said Juhi Chawla and two other petitioners should have first approached the government and then come to the court.

There was no order today, but the High Court did order a contempt notice against fans singing songs from Juhi Chawla's hit films.

Remarkably, the actor had shared the link for the court hearing on Twitter and Instagram, inviting people to join in.

In the middle of the arguments, singing fans became a steady annoyance and muting did not help.

As soon as the hearing started and the actor logged on, someone started singing the song ''Ghoonghat ki aad se" from her 1993 movie "Hum Hain Rahi Pyar Ke".

A little later, someone burst into song again and was removed from the hearing.

After the third time, the judge directed that the person be identified and a contempt notice be issued.

"I hope this isn't being done by some respondent," remarked the actor's lawyer Deepak Khosla, appearing via video link from South Africa.

The lawsuit by Juhi Chawla, Veeresh Malik and Teena Vachani claims that if the telecom industry's plans for 5G becomes a reality, "no person, animal, bird, insect and plant on earth will be able to avoid exposure, 24 hours a day, 365 days a year, to levels of RF radiation that are 10x to 100x times greater than what exists today.