"We have not made any such suggestions," M Jagadesh Kumar said following reports that administration suggested the Ministry about temporarily shutting the campus 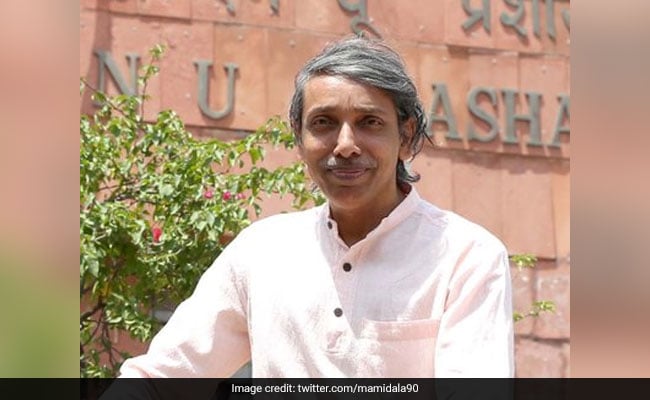 The VC has been under fire from students, faculty for not doing enough when they were attacked on Sunday

JNU Vice Chancellor M Jagadesh Kumar, who met HRD Ministry officials on Wednesday over the recent violence on campus, said the university has not made any suggestions to temporarily shut the varsity and efforts are being made to restore normalcy.

The Ministry officials also maintained that no such proposal has been received.

"We have not made any such suggestions," Mr Kumar told news agency PTI following reports that the varsity administration suggested the Ministry about temporarily shutting the campus following the mob violence on Sunday.

"There is no move to do so. Efforts are on to facilitate conducive environment for students," he added.

A senior Ministry official said, "No proposal has been received by the Ministry in this regard".

Mr Kumar, who has been under fire from students and faculty members for not doing enough when they were brutally attacked by a masked mob on campus, had on Tuesday appealed the students to "put the past behind and return to campus".

Violence broke out at the Jawaharlal Nehru University on Sunday night as a group of masked men armed with sticks attacked students and teachers and damaged property on the campus, prompting the administration to call in the police.

At least 35 people, including JNU Students'' Union president Aishe Ghosh, were injured in the violence in the university. They were admitted to AIIMS Trauma Centre here and discharged on Monday.

The Left-controlled JNUSU and the ABVP blamed each other for the violence that continued for nearly two hours.

The ministry had on Sunday sought an immediate report from the registrar after the violence broke out on the campus and students and teachers were attacked.