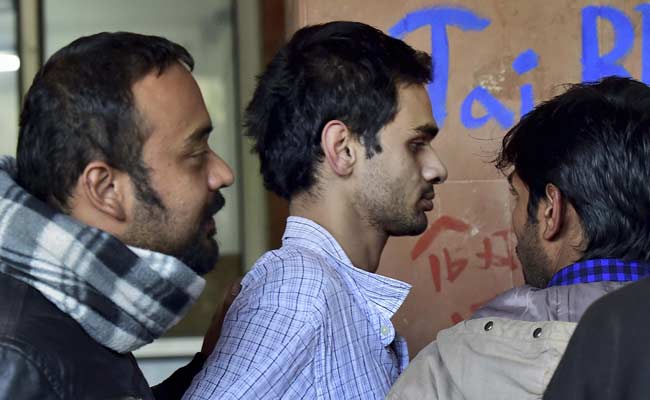 Umar Khalid and Anirban Bhattacharya had resurfaced in the JNU campus and surrendered themselves. (PTI file photo)

Both students had resurfaced in the JNU campus and surrendered themselves, following which they were first sent on three days' police remand and interrogated at RK Puram police station.

The police remand was extended by two days and the duo were confronted with jailed JNUSU president Kanhaiya Kumar.

Later, the case was transferred to Delhi Police's Special Cell and their police custody was again extended by a day.

"Today the court sent them to 14 days judicial custody," a source said, adding that the proceedings took place in a makeshift courtroom set up inside a police station.

On February 9, an event was organised inside JNU campus to protest against the hanging of Parliament attack convict Afzal Guru and anti-national slogans were allegedly raised in it.

Two days later, Delhi Police registered a case of sedition and criminal conspiracy in connection with the event.

On February 12, the police arrested Mr Kumar and around 10 days later both students resurfaced in the varsity's campus and surrendered.